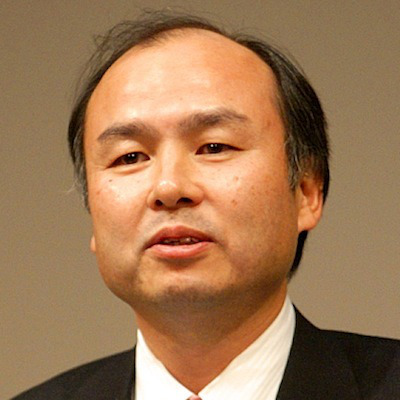 Korean-Japanese Telecom Tycoon Masayoshi Son earned his place as the CEO of Japan’s largest mobile phone company and the second richest person in Japan through aggressive expansion of his interests.

That personality often comes through in his Twitter account too.  Son recently had to defend himself via Twitter after a half-million-dollar donation to Hurricane Sandy relief irked some people.

That’s the great thing about Twitter, isn’t it? You can now directly give Forbes’ 53rd Most Powerful Person in the world a piece of your mind. But don’t expect him to take it lying down.

That’s what @kingfisher0423 learned when he tweeted to the Softbank CEO: “With the degree that your hairline has receded, you are bald.”

Here’s the translated tweet of Masayoshi Son in reply to kingfisher0423:

“That’s not my hairline moving back. That’s just me moving forward.”

Son’s baldness quote is reminiscent of Ancient Greek writer Seneca who once remarked about his own expanding forehead “I don’t consider myself bald. I’m just taller than may hair.”

However, Son’s spin gives it a little more in-your-face bite.  Truly, this is a tweet that shall be immortalized in T-shirts, baseball caps, and coffee mugs all over Japan.