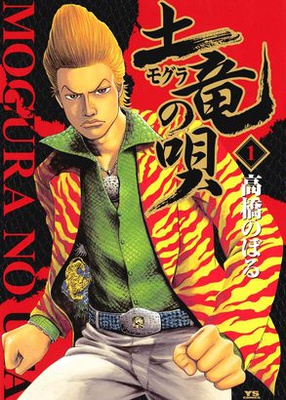 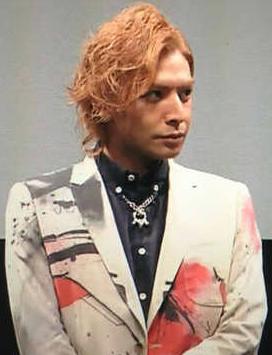 On January 21st it was revealed that Actor, Ikuta Toma will be starring in the live-action film adaptation of Noboru Takahashi's popular manga, “Mogura no Uta” (To be released in 2014). Miike Takahashi (48 )will direct the movie with the help of screenwriter, Kudo Kankuro. Ikuta will play the role of Kikuwa Reiji “mole”, an undercover police officer who infiltrates in the yakuza world. A role that many people could never even relate to the usual Ikuta, he enthusiastically said, “I’m fired up!!! Bring it on!!!!”.

The original series has been serialized in “Weekly Big Comic Spirits”, selling a total of 3.5 million units so far, and it’s very popular with comedians, musicians and even other mangakas. With an unpredictable storyline, Miike stated, “I want it to be a fast-paced work that can be called, ‘Japanese Mission Impossible’, in order to make it as fast as possible, you won’t be able to take your eyes off the screen for even 5 minutes”.

As represented by his performance of Genji in “Genji Monogatari Chitose no Nazo”, Ikuta has the strong impression of a handsome and cool character since he usually plays these type of roles. This time he will face a completely contradictory character, challenging in many ways, playing the role of a police officer who graduated with the lowest scores of his class, condemned to a disciplinary dismissal which in fact is a command for him to become an undercover agent. A character with a strong sense of justice despite his attitude, some really memorable phrases and the fact that he is still a virgin. It has been revealed that a major scene in the manga will be reproduced likewise in the movie, Ikuta will be bound to the hood of a car galloping at a blistering speed, completely naked. Takahashi commented, “I thought this type of scenes could only be found in a manga, it was impossible for me to picture them on-screen”, “I want the movie to be an extreme piece of work, enough to traumatize any junior high school student”.

This film brings together, 2 rising talents in Japan, Miike and Kantoku will work together for the first time. Kantoku has already worked with Ikuta before, in the drama “Unbore Deka” (TBS 2010). Ikuta commented, “I am very excited to be in the same place where these two talented people, who make Japan proud, will work together and make their ideas clash against each other. I’d like to deeply immerse into the world they will create together”, looking forward to the filming to begin at the end of this month.