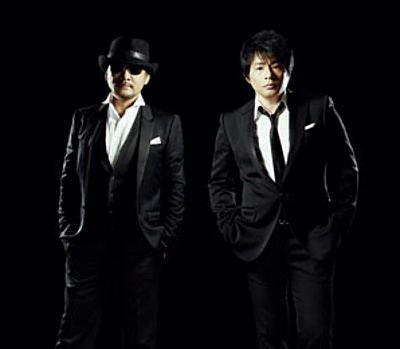 Chage and Aska, the musical duo known for such hit songs as "Say Yes" and "Yah Yah Yah," are reuniting after a four-year hiatus and performing their first live concert in six years. The unit had their last concert in December 2007, but kept on collaborating in music until 2009, when they went on break. The two members of the duo worked on their separate solo careers since then.

Chage and Aska approached Studio Ghibli to make a music video for their "On Your Mark" song, and the result was the "On Your Mark" anime film short that studio founder Hayao Miyazaki personally directed. It played with Ghibli's Whisper of the Heart film when that feature opened in Japan in 1995. The duo's "Something There" song also became the ending theme song for the 1994 American Street Fighter film.

Chage and Aska debuted in 1979, and this summer will mark their 35th anniversary. The duo said, “We hope that this year will be one we can spend with our fans, who walked with us for an amazing 35 years.” More details about the new concert or concerts will be revealed on a later time at their website.