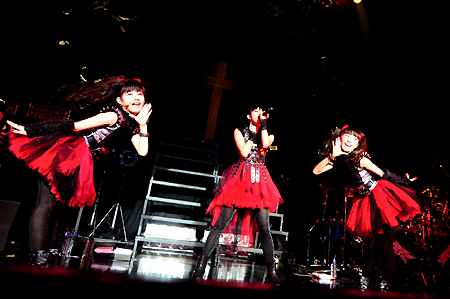 On February 1st, BABYMETAL held their live, "I、D、Z～LEGEND 'Z" at Zepp Tokyo.
BABYMETAL is a sub unit of idol group Sakura Gakuin consisting of SU-METAL (Nakamoto Suzuka), MOAMETAL (Kikuchi Moa), and YUIMETAL (Mizuno Yui). As a general rule, Sakura Gakuin members graduate from the group when they graduate from  junior high school, and a member SU-METAL (Nakamoto Suzuka) will be graduating from Sakura Gakuin in March. Therefore, there were rumors among the fans that BABYMETAL would disband or they would change the members, with SU-METAL’s graduation.

However, during the live, they announced that BABYMETAL would continue their activities though it would be only for a limited time, and they would also hold a live concert at NHK Hall on June 30th, which brought great shouts of joy from the audience of 2,500. There is no information regarding their detailed activity period at this moment. 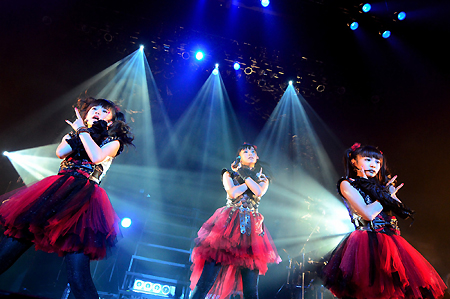 At the live, BABYMETAL performed a total of 11 songs including their major debut single “Ijime, Dame, Zettai” released in January and “Headbangeeeeerrrrr!!!!!”

This is kind of sad because I literally became a fan yesterday...
Tags: idols, music/musician
Subscribe