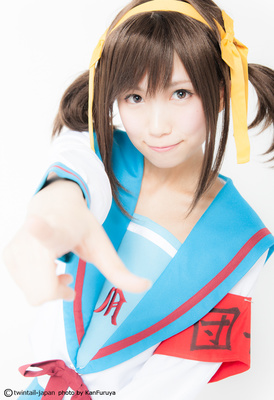 The Japan Twin Tail Association provides an in-depth history of twin tails and an explanation as to how February 2 became Twin Tail Day.

Fans in Japan have been sharing their own art and favorite images of twin-tailed characters.