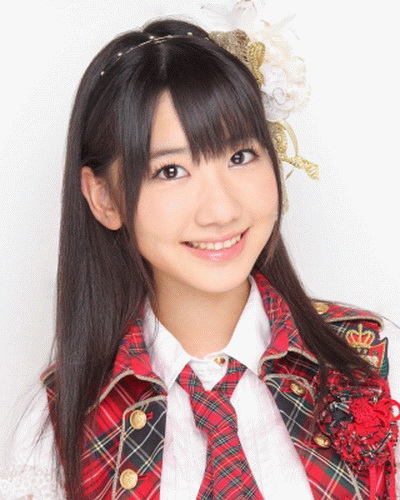 The newest documentary film which followed the popular idol group AKB48′s last year – “DOCUMENTARY OF AKB48 NO FLOWER WITHOUT RAIN  - What girls will see after tears?” directed by renonwed PV and Movie director Takahashi Eik hit screen on February 1st. The movie projected the “REAL” of idols of present-day, such as competition for Center position after Maeda Atsuko’ graduation, LOVE-BAN-LAW, as well as the gap between members.

In and interview with us, Kashiwagi Yuki, one of the most popular members of the group told,
“Although I thought it’s unimaginable to find anything that we could reveal more after I watched past documentaries, I think the latest one is the most intensive of all documentary films of AKB48.”
She revealed that she had a 1-hour interview for the documentary movie.
“The documentary contains interview footage of each member. Because even though we have a lot of things in our mind, there rarely is an occasion where we can actually talk about them. So, I think, everybody revealed more than a little honest feelings in the interviews.”
Whose interview she cares about the most is Watanabe Mayu, also known as Mayuyu, who is Kashiwagi’s same generation member and best friend.
“I was asked about my relationship with Mayuyu a lot. I would like to know what Mayuyu think about AKB48, because we don’t have much chance to talk about serious topics like this.”
She also told about her idea of how ideal “idol” should be like.About LOVE-BAN-LAW, one of the main themes of the movie, she said,
“Because I’ve joined AKB48 since I was 9th grader, I’ve never had any doubt about the concept. It’s just completely natural to me”
Then she added,
“If we get into a relationship, I wonder if fans sentiment to support members will fade Relationship, private life, and freedom, I gave up these kind of things because I devote myself to AKB48, because I have hope and dreams that I want to accomplish And I would like fans to pay attention to such things and support us just trying to make it.”
She declared, “In order to unify everyone’s mind, LOVE-BAN-LAW is necessary.”
“After giving it a lot of thoughts, goings through a lot of different thoughts, I’ve now reached the idea that idols are those who always put their fans first, thinking what they can do in order to please fans."

The source noted that this interview was conducted before Shukan Bunshun reported the Miichan "scandal", but ugh her reasons are killing me. I only posted this because when I mentioned this article in another post some of you were wishing it wasn't true. Welp here it is and I honestly think prayer is needed right now.