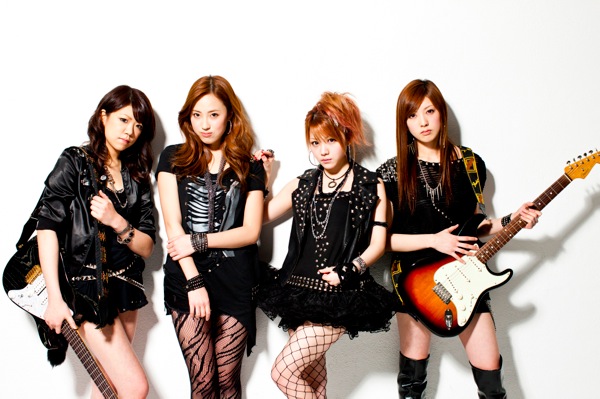 Morning Musume member Reina Tanaka has announced that the name of her new band will be LoVendoЯ.

Tanaka will be graduating from the group on May 21st after completing Morning Musume's upcoming nationwide tour "Morning Musume Concert Tour 2013 Haru Michishige☆Eleven SOUL ~Tanaka Reina Sotsugyou Kinen Special~". After her graduation, the singer will be focusing her efforts on making her new band a success.

According to the band's website, LoVendoЯ - pronounced "lavender" - will be holding their first live performance on March 27th.

The band has not announced any singles or albums so far, and will focus on live performances over music releases.

LoVendoЯ will be a 4-member, all-girl band consisting of Reina Tanaka & Marina Okadaon on vocals, and Marin Myazawa & Yuki Uozumi on guitar.