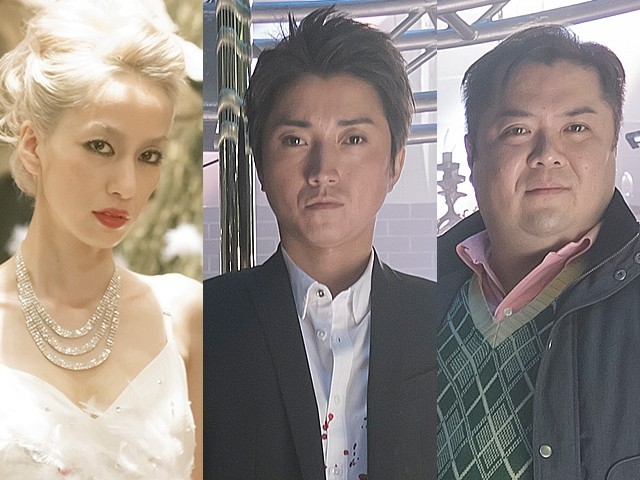 On Monday it was announced that comedian Hiroshi Shinagawa has cast Tatsuya Fujiwara to star in his third film as a director, an adaptation of Hanta Kinoshita’s 2012 novel Sanbun no Ichi (lit. One Third).

It was also revealed that Koki Tanaka of the pop band KAT-TUN, Ryuichi Kosugi of the comedy duo “Black Mayonnaise”, and Mika Nakashima (Nana) will co-star.

This will be the first time Shinagawa has adapted someone else’s work. His debut film, Drop, was based on his own autobiographical novel and he also penned the screenplay for his followup, Slapstick Brothers.

The film revolves around three small-time crooks who manage to pull off a successful bank robbery and make off with a once in a lifetime score. Fujiwara will play Shuu, manager of the “Honey Bunny” hostess club. His partners in crime are a club waiter named Koji (Tanaka) and a club regular named Ken-san (Kosugi). Each is supposed to get an equal third of the money, but their greed gradually takes over as they begin bargaining and trying to deceive each other. Before long, a “big shot” comes into the picture with an eye on their money and the stakes are raised even further as a series of betrayals ensue and fortunes are reversed.

Nakashima will play a bar hostess named Maria who becomes directly involved in the intrigue.

Shinagawa reportedly fell in love with the novel and began writing the screenplay as soon as he finished reading it and before Kinoshita gave the official go-ahead.

Filming of “Sanbun no Ichi” began on January 24 and will wrap sometime in March. A release is slated for 2014.