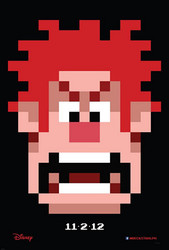 Ghibli's From Up On Poppy Hill lost out to Walt Disney Animation Studios's Wreck-It Ralph at the 40th Annual Annie Awards on Saturday. Both pictures were nominated in the Writing in an Animated Feature Production category.

Robert Valley and Alberto Mielgo of Tron: Uprising won the Character Design and Production Design in an Animated TV/Broadcast Production categories, respectively. Sony Computer Entertainment America also took home a prize for the PlayStation 3 title Journey by Thatgamecompany. The game was released in March 2012 for the PLAYSTATION Network and is nominated for Best Score Soundtrack for Visual Media at the 2013 Grammy Awards.