Counselor's Harsh Words for Parents of Hikikomori: Over 30 yr-olds Are Screwed, Over 40 Are Hopeless 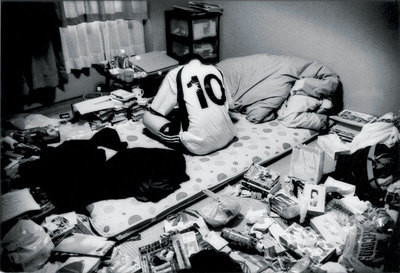 As the social phenomenon which goes by the Japanese name of “hikikomori” continues to grow in Japan and other parts of the world, with the first generation is now well into middle age.  Hikikomori refers to people who engage in social isolation by remaining in their homes for extremely long periods of time.

Carpe Fidem is a website which offers support to families with members who have become hikikomori. However, a column they published recently describing questions which come up during consultations with parents of hikikomori children has been stirring up controversy. In it, the counselor recommends some “tough love” style approaches and may have offended some with their level of frankness.

The column lists about 50 questions that were documented from actual consultations with parents. For the most part they are what you’d expect to hear during such a session, such as:

Q: Do you think a child’s hikikomori behavior is the fault of the parents?
A: The parent isn’t really responsible for triggering hikikomori, but if it goes on longer than it should the parent takes some blame.

Q: If a child becomes hikikomori should the parent immediately stop it?
A: Any parent would worry about their child, and you shouldn’t react immediately. However, don’t let it continue for a long time; the possibility of returning to a normal lifestyle decreases.

The counselor also maintains that the parents should set firm yet reasonable rules for children to help prevent them from becoming hikikomori. For example, setting a firm age for moving out of the family home is good, but demanding that your child become a lawyer at an early age doesn’t help at all.
Around the middle of the questions things get a little heavier though.

Q: Sometimes we see murder cases in the news where a hikikomori kid kills their parents. Could our child also be dangerous?
A: If you ignore the child without doing anything and they become fully hikikomori, trying to remove them from that can be risky.

Q: Violent cases are not rare?
A: If the hikikomori behavior goes on for a long time, acts of violence smaller than that which you see on the news happens a lot. Murder cases and assault cases are not common but equally are not rare.

The word “stuck” which the counselor uses here is translated from the Japanese word tsunda. The word has various meanings like dense, clogged, or checkmated. The counsellor’s use of this words has caused the most hurt feelings for its tone. To use a loose analogy in English, it’d be like saying the child is “screwed.”


Due to the response to this article, the author amended their column explaining their choice of word. The main purpose was to use a word that resonated more with the younger generation who experience hikikomori. While the parent’s generation feel the word is offensive, their children relate more to it.


The counselor also repeatedly points out that a hikikomori child who misses high school and/or college education has little to no chance of obtaining meaningful work in this day and age. Therefore someone in this situation – hikikomori or not – are truly stuck.

Q: What do you mean “stuck”?
A: Generally, if the parents leave the kid past 30 years of age, the possibility of getting a decent job is gone, so they are almost completely stuck. So, during their 20s what they do determines whether they get stuck or not.

Q: What if a child remains hikikomori into their 40s with nothing done?
A: Hopeless.

Q: What do you mean?
A: You just have to accept it. Their connection to society is completely shut down. It’s sad, but at this point some families’ true worth is revealed.

Q: Each family has their own circumstances, so is it right to compare families like that?
A: Maybe in principle, but in real life a good or bad families clearly exist. Phrases like “everyone is different” and “you can’t compare” are nice to hear, but they don’t help to solve real problems. If the family is too slow to act then they have the same indulgence as the child.

Q: What’s bad about being kind?
A: The point is that the parents misunderstand what true “kindness” is. In the case of hikikomori, so-called kindness just glosses over deeper problems. They may think they’re being kind, but it’s simply avoiding the problem. The family who can solve their problem is the family who can identify and fix it. The family with no ability or desire to solve problems, meanwhile, says abstract things like “everyone is different” and “kindness is important,” and tends to be avoiding their problems.

The writer and counselor(s) in this column are unnamed but have not edited or changed their opinion since receiving complaints. The have simply defended their remarks saying that it’s okay to let a child go through a reclusive phase if it happens, but it’s up to the family to pull them out of it before it becomes so severe that they can never become independent. If not then they are truly screwed.