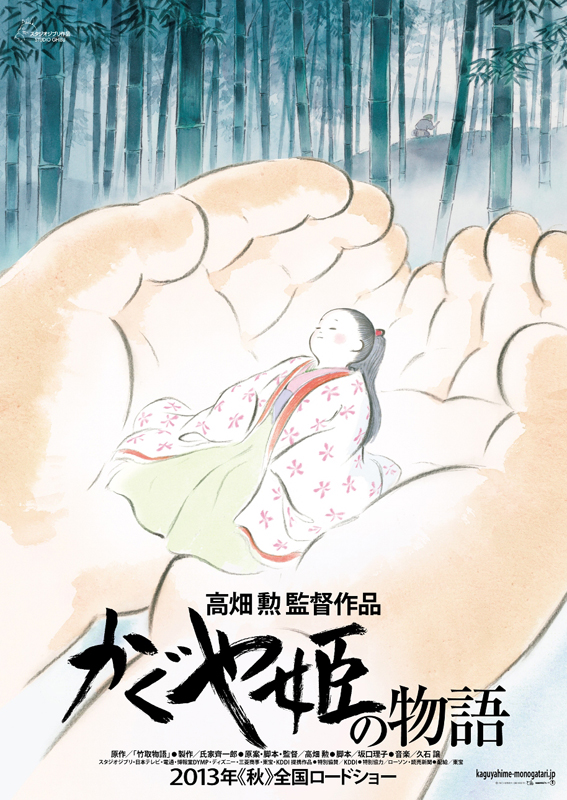 Kaguya Hime no Monogatari, the forthcoming title from Japanese animation giant Studio Ghibli, has been delayed until autumn this year, it was announced earlier today.

The title, along with fellow Ghibli production Kaze Tachinu, was announced at the beginning of December last year, with both features scheduled for a simultaneous release in summer 2013. Although Kaze Tachinu is reportedly on schedule, Japanese distributor Toho announced earlier today that Kaguya Hime no Monogatari, or The Tale of Princess Kaguya, would be pushed back until autumn, citing Studio Ghibli’s desire to ensure that the title become as polished a production as possible.

Kaze Tachinu was confirmed as being on schedule for a summer release.

Both titles are believed to be proceeding well, but Kaguya Hime – based on the Japanese folk story “The Tale of the Bamboo Cutter” – is said to require additional plotwork and will need a little more time than was originally anticipated. Having two movies set for a simultaneous release – a move that the company has not made since the 1980s with My Neighbor Totoro and Grave of the Fireflies – is no mean feat, however, so we can’t find it in our hearts to chide the studio, least not when it has produced so many heart-rending and visually stunning titles to date.

Western release dates for the two films have not yet been given, but we’ll be sure you keep you up to date as news comes in. It’s sad to lose a Ghibli title from our summer watch list, but with Kaze Tachinu still on the horizon, we’re sure we’ll survive!