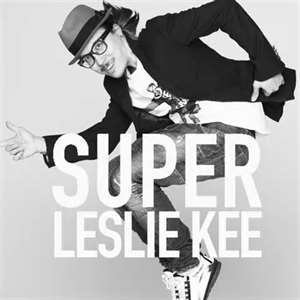 Following the news about the arrest of Singaporean photographer Leslie Kee on Monday, the fashionistas of Japan have begun to speak out against the charges of selling a book that contained obscene pictures. The Tokyo-based artist, who has snapped pictures of a number of Japanese pop stars, as well as international celebrities like Lady Gaga and Beyonce, is facing up to two years in jail and/or fines as high as 2.5 million yen (approx. $27,000) for selling seven copies of a book at his gallery that had uncensored photos of male genitalia.

Yamamuro Kazz, a Japanese magazine editor and fashion journalist, wrote on his website that he was surprised by Kee’s arrest, questioning the police motivation as the books were only sold at the 41 year old’s gallery event, a place only really known by people who are familiar with the artist and his works. The books, which are a part of the Photographer’s Super series, and have roughly 50 pages each of pictures with nude males, were only sold to two different customers. In addition to Kee, two employees of the book’s publisher were also arrested. Officials say the book was in violation of Japan’s laws that require any pictures of male or female genitalia to be censored, which is most often done by pixellation, and frequently seen in the country’s pornography. The police apparently found out about Kee’s gallery showing and plans to sell the books from posts on his Facebook page.

Kazz continued his comments, saying that “the legal interpretation of whether genitals were exposed or not (and whether the work is obscene or not) is totally irrelevant to the intention of an artist.” With such a blanket enforcement of the censorship law, it leaves little room for artistic expressions or depictions that are not sexually explicit. For Kee to be arrested and charged for such violations would mean the works of Terry Richardson and Robert Mapplethorpe, two prominent U.S. photographers, would also have to be considered obscene.

Ai Tominaga, a popular model, posted on her Twitter account that she was “shocked for Japan,” while other social network users agreed with her sentiments, one person wrote that Kee’s arrest showed how unsophisticated a culture Japan really is. Coincidentally, Mapplethorpe was actually the subject of 2008 lawsuit that saw Japan’s top court rule that the photographer’s nude pictures were not obscene. The ruling was seen a significant victory in a nearly decade-long fight against censorship laws after a Japanese publisher had Mapplethorpe’s book seized in 1999 when returning from the U.S.