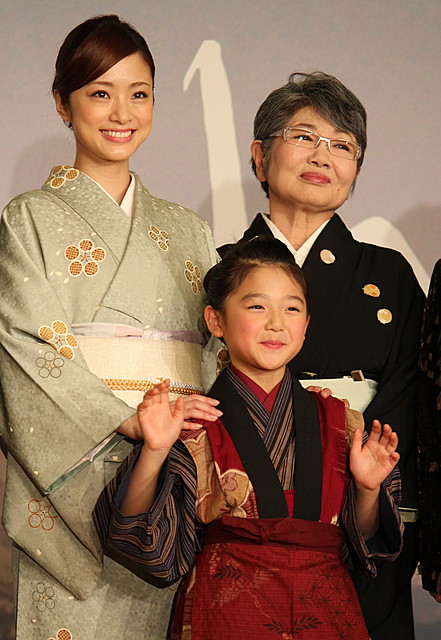 On Tuesday, a press conference was held in Tokyo to announce the cast of Shin Togashi’s upcoming Oshin movie. Aya Ueto will play Oshin’s mother Fuji Tanimura, taking over the role played by Pinko Izumi in the original TV drama.

The massively successful drama originally aired on NHK almost 30 years ago, earning an average rating of 52.6% with a high of 62.9%.

While the drama spanned Oshin’s entire life during its year-long run, the film will instead focus primarily her childhood years in the early 19th century. With the harsh, yet beautiful natural surroundings of Yamagata Prefecture as a backdrop, the story revolves around a young peasant girl who perseveres through various hardships and experiences growth.

Filming of “Oshin” will begin in mid-February with a release planned for October.