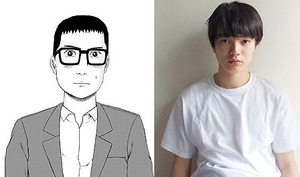 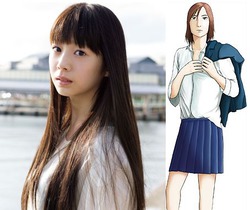 The psychic comedy follows an ordinary (virgin) high school boy named Yoshirō "Yocchan" Kamogawa (Sometani). His life changes overnight when he wakes up with the ability to read other people's minds. Yoshirō is not the only one to gain powers in his town. Teru-oichan, an (apparently virgin) worker at a café near Yoshirō's school, gains telekinesis — but he uses it for sex toys. Yōsuke Enomoto, a (probably virgin) senior and former basketball player at Yoshirō's high school, gains teleportation — but only while naked. Kaho will play Miyuki Hirano, a strong-minded "yankee" and Yoshirō's classmate.

Shion Sono (Suicide Circle, Himizu) is directing the series. The series of 12-minute episodes will air on TV Tokyo on Fridays starting in April


Wakasugi launched the manga in Weekly Young Magazine in 2009, shortly before he ended the popular comedy Detroit Metal City the following year. Kodansha has since published two compiled book volumes of All Esper Dayo!