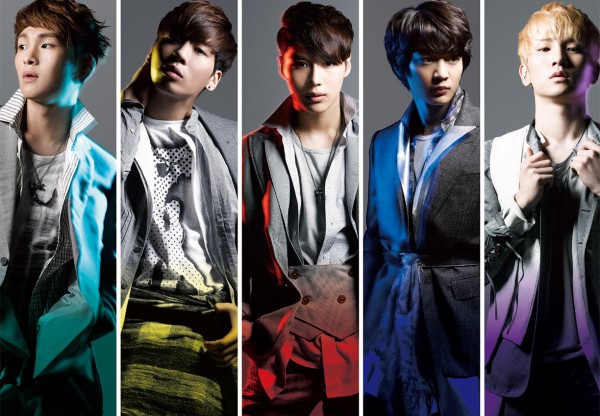 SHINee have released their short PV for their upcoming Japanese single “Fire“.

The title track for SHINee’s 7th Japanese single has the theme: “the determination of love that blazes up like a moment of flame.” Ishiwatari Junji wrote the lyrics, BACHLOGIC served as track-maker, and it was mixed by D.O.I.. For its coupling track, the single will include the song, “MOON RIVER WALTZ“.

“Fire” will be released in both limited and regular editions on March 13th. The limited edition DVD will contain two video clips for “Fire” as well as its making-of footage.

Check out the jacket covers and track list here and the short PV below!