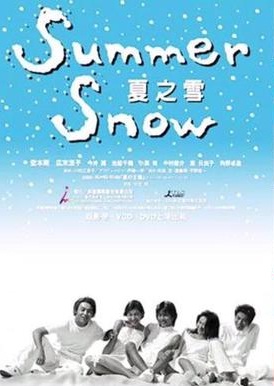 It will be the stage version of the popular drama series "Summer Snow" starring Domoto Tsuyoshi and Hirosue Ryoko which was broadcasted by TBS in 2000, the drama won 5 awards at the 24th Television Drama Academy Awards, including Best Drama & Best Actor. It depicts the youth’s growth, focusing on the love story between a young man who has been forced to grow up too quickly, and a young woman with an ailment that has placed restrictions on her life. Since the death of their parents, Natsuo (Domoto) became the pillar of the family and has been looking after his siblings while running the family bicycle shop. Yuki (Hirosue) becomes the only person in the world in whom he can confide.