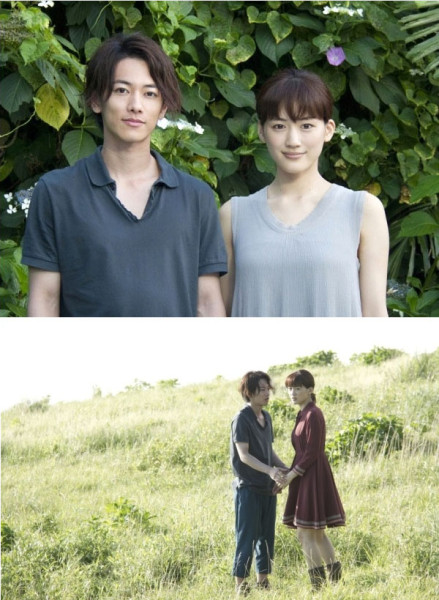 It was revealed that Mr.Children would provide the theme song for upcoming movie “Real ~Kanzen naru Kubinagaryu no Hi~.”
The theme song “REM” was exclusively written for the movie. Sato Takeru who will be the lead for the movie, commented, “It’s an aggressive and cool song that I feel like I’ve never heard from Mr.Children. I’ve been a huge fan of Mr.Children-san since in junior high school, so I am really happy. I can’t wait to feel how the song would intersect with this movie, and what kind of chemistry it would create.”

Check out the preview below !
Preview from ZIP

As reported previously, “Real ~Kanzen naru Kubinagaryu no Hi~” is based on Inui Rokuro’s award winning novel, and it will star Sato Takeru and Ayas Haruka as the double leads. It’s a love and mystery story in which ‘Koichi’ (Sato) tries to save his girlfriend ‘Atsumi’ (Ayase), who is under comatose state after a suicide attempt, by using “sensing” which is a new technique in neurosurgery to communicate and enter the mind of a person who is in a coma.  It will convey “the reason of living” and “the reason of loving” through the story.
Other cast members are as great as the lead stars and include Nakatani Miki, Odagiri Joe, Koizumi Kyoko, and more.
“Real ~Kanzen naru Kubinagaryu no Hi~” will open in theaters on June 1st
Credit : Toykohive ,Natalie , Youtube ,Yinyuetai