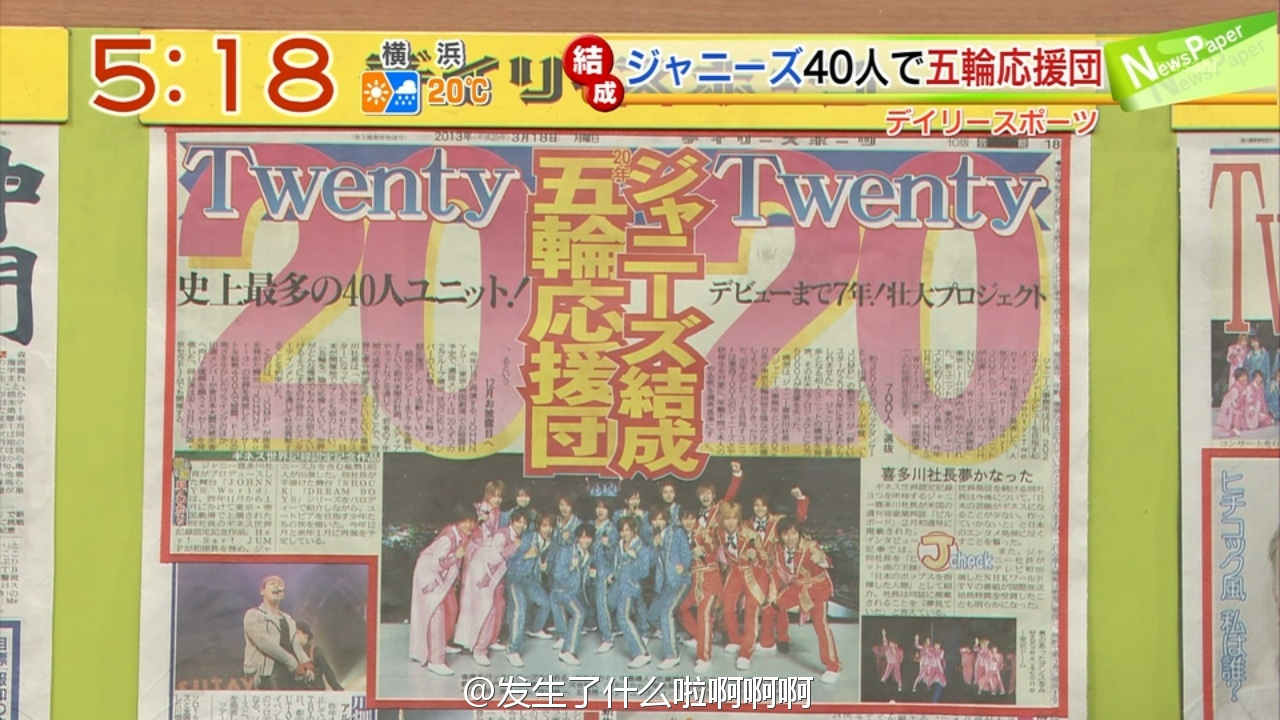 Johnny & Associates President, Johnny H. Kitagawa announced during the press conference of “JOHNNY’S World Thanksgiving”, the formation of a large unit of a total of 40 people aiming to debut during the 2020 Summer Olympics in Tokyo. He announced this was decided at the end of last year.

Unit “Twenty・Twenty” will be formed out of almost 700 trainees in the agency, which include both East and West Juniors, the said group will be divided in 2 teams, from ages 7 to 20 years old. The details will be unveiled in the “JOHNNY’S World” play at the Imperial Theater in Tokyo during December of the present year.

A unit of 40 members will become the largest unit in agency history since the temporary formation of 13 members unit, “J-FRIENDS” which was put together in 1997 as part of the charity to the Great Hanshin-Awaji Earthquake. Kitagawa commented he once promised to support Japan from behind the stage in every way possible and this is how he plans to contribute, by supporting the Olympics.