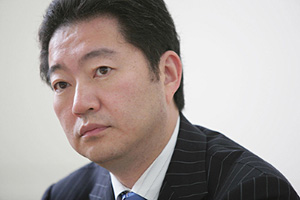 Square Enix Holdings announced on Tuesday that President and Representative Director Youichi Wada is stepping down. Yōsuke Matsuda, who was just promoted to representative director last week, will replace Wada. Square Enix cited "renewal of the Company's management team" for the change. The transition will be officially approved in June.

Square Enix Holdings did not announce Wada's plans after the transition.

The company had just announced earlier in the day that it is revising its projections for the current fiscal year ending on March 31. It now expects an "extraordinary loss" of 13 billion yen (about US$140 million), mainly due to slow console sales in the West and "sluggish" arcade machine sales. It had reported a profit of 6.060 billion yen (US$64.3 million) in the last fiscal year, and had projected a profit of 3.5 billion yen (US$37 million) until Tuesday's revision.