Japan anger over laser beams after shock defeat to Jordan 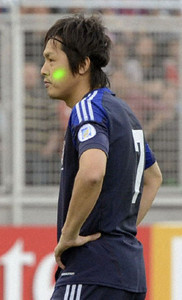 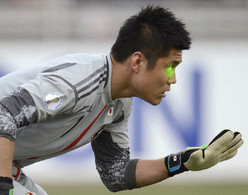 Japan were left to count the cost of a second-half penalty miss by Yasuhito Endo as the Asian champions crashed to a controversial 2-1 away defeat to Jordan that ruined their chance of becoming the first team to qualify for the 2014 Brazil World Cup on Tuesday.

But the country's association chief Kuniya Daini said after the match that he would be lodging a complaint with soccer's world governing body FIFA, after both Endo and goalkeeper Eiji Kawashima had laser beams shone directly in their faces during a pulsating encounter at King Abdullah International Stadium.

"We will make a complaint," Kuniya told Kyodo News.