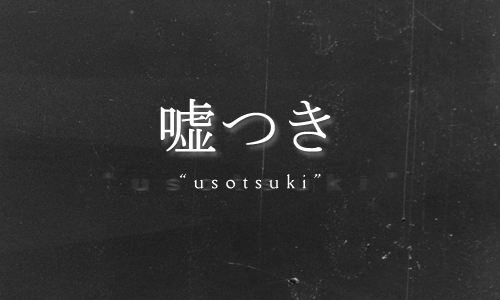 On the Japanese TV show “Nep & Imoto’s World Rankings,” they conduct surveys to rate countries by random attributes. For example, recent shows have ranked everything from how common it is to cry at graduation ceremonies to the number of shotgun weddings and frequency of cell phone checking.

Another ranking that has generated some chatter in Japan was one people’s tendency to lie, which ranked … countries in accordance to how likely they were to bend the truth.

So where do you think Japan came in?

Producers asked 100 people from 39 countries, “Do you often tell lies?” The countries were then ranked by the percentage of people who answered yes.

Peru took the top spot on the list with 39.1%, followed by Argentina (33.6%) and Mexico (32.7%). I’m not sure where the decimals are coming from, since they had a round number of 100 respondents, but those are the percentages they gave.

Anyway, the thing that got Japanese netizens’ knickers in a twist was the fact that Japan came in fourth at 31.8%. The panel of guests also looked quite shocked at the sheer number of naughty fibbers in their country. Newscaster Jiro Shinbo thought the explanation probably rested on participants’ understanding of the word “lie”.

“In Japanese culture, we have the concepts of honne and tatemae, or the contrast between one’s behavior and one’s opinions. So, it’s probably not malicious lies, but white lies that protect the other persons feelings that the respondents are thinking of when they say yes.”

However, it seems to have been the fact that Korea was ranked at 15th with 20%, not just Japan’s own ranking, that most bothered some viewers, who took to the Net to complain that the rankings must have been fabricated.

“20 percent said they lied a lot. The other 80% are just liars.”
“It’s not like a liar is going to answer the question honestly.”
“If you really think about it, they have no self-awareness of their own lies.”

Others pointed to Korea’s teaching of history and high rates of plastic surgery as evidence of their dishonesty. The author is sure some comment about kettles and pots is probably in order here, but I digress.

On the other hand, the number of people in Japan that would agree with the results is not small, particularly where government, large companies and the media are concerned.

For example, many people feel the fact that the Tokyo Electric Power Company (TEPCO) has been caught out in a number of lies, and their ever-changing explanations regarding the nuclear incident at Fukushima Daiichi has damaged Japanese credibility around the world. An investigation into the accident by a Diet committee has raised many doubts about TEPCO, from sketchy subcontracting to dubious explanations about why outsiders are not allowed in the No. 1 reactor.

Politicians like former Prime Minister Yukio Hatayama have been called out for making promises they couldn’t keep. After assuring the people of Okinawa that the Futenma air base would at least be moved out of the prefecture and asking the U.S. to trust him, he was unable to work out a deal to make it happen.

Where the Abe administration is concerned, they have just announced that they will officially participate in the TPP trade agreement negotiations, which is counter to campaign promises they made in 2012, prompting many to point out the fickleness of Japanese politicians.

Meanwhile, back at “Nep & Imoto’s World Rankings,” the Nigerian comic Bobby Ologun confessed to some of his own lies, including telling his wife that he was an American and that he went to university in Germany. He was called out by the other panelists, but quickly defended himself, saying, “But those are just cute lies!”

So perhaps what counts as a “true” lie depends on your culture. Other commenters on the Net argued for a more relativistic approach:

“About honne and tatemae, they can’t be disentangled from the culture, so even if other countries see that as lying, it can’t be helped.”

“Japanese tell a lot of lies because they are always thinking of others’ feelings.”