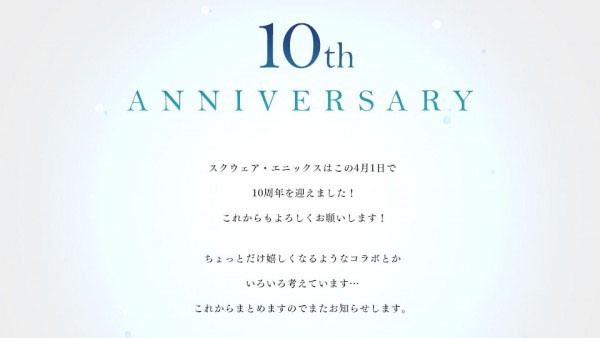 As of April 1st we’ve reached our 10th anniversary!

We hope you’ll continue supporting us going forward as well!

We’re thinking of collaborations and a bunch of things that should make everyone a little bit happy.

It’ll be settled soon, so we’ll keep you posted.

The anniversary referred to in the text is that of Squaresoft and Enix’s merger to Square Enix on April 1, 2003.