Shukan Bunshun reported today that Arashi’s Ohno Satoshi and model Marieme are in a serious relationship. According to the article, the two became acquainted when Marieme became a ‘Funky Girl’ on  Arashi’s TV program “Arashi-chan no Shiyagare”. Marieme had said of Ohno, “He’s interesting and very dedicated to his interests ,which I find admirable.” 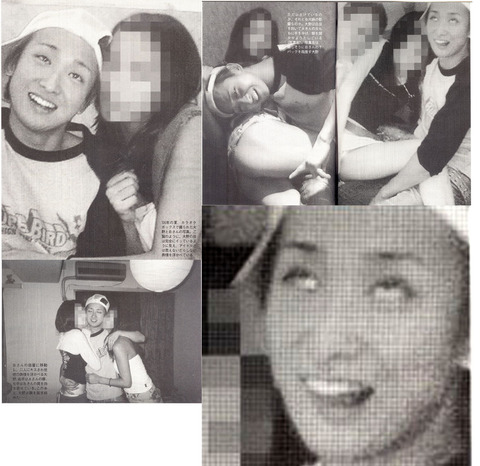 The two have been reportedly dating since winter. Even on the show, Ohno and Marieme’s relationship is considered to be close.  Because of their careers, between his fishing adventures and busy idol schedule, Ohno still finds time to hangout at Marieme’s apartment. A neighbor living in Sasaki’s mansion revealed, “I often see a male resembling Ohno-san around once or twice a week.”

The 2nd funky girl, Michelle, friend of Marieme said that “Ohno seems like an admirable fellow but I worry as this kind of relationship isn’t accepted yet” and that “a relationship between a national male idol and western (black) woman can cause shock and heartbreak” citing how many Japanese celebrities don’t date outside their nationality furthermore race.

At the moment the staff at Johnny’s Jimusho are keeping a close eye on the couple. They don’t want the relationship to hurt Arashi’s image, especially after releasing one of their highest selling single in a long time. If something negative should leak, NTV is ready to remove Marieme from Arashi ni Shiyagare and blacklist her from the industry.

Japanese netizens and Johnnys wota reactions to this news have been mixed to negative online.

“Ohno would not hang out with a foreigner”

“This woman will devalue Arashi’s image”

“Ohno will still settle down with a good, pure Japanese woman in the end”

This can be seen as a shift in Japanese society. At the moment, Ohno or Marieme have not commented the relationship.

As some of you have already figured out, this was an April Fools prank. So some of y'all can rest easy and stop clutching your pearls now.
Tags: arashi, fierce and flawless, ohno satoshi, tv: variety show, well well well
Subscribe