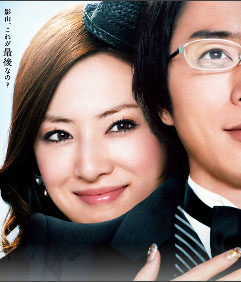 The film is a continuation of a 10-episode TV drama which aired on Fuji TV in fall 2011. Based on a best-selling novel by Tokuya Higashigawa, the drama starred Keiko Kitagawa as a wealthy heiress named Reiko Hosho who hid her status to work as a rookie police officer by day. Sho Sakurai of the popular boy band Arashi played her perfectionist butler Kageyama who offered helpful advice delivered with his own unique brand of brutal honesty.

The movie was shot primarily on the “SuperStar Virgo”, the largest luxury liner in Asia. The plot unfolds as Reiko boards her family’s luxury cruise ship, the “Princess Reiko”, along with Kageyama and embarks on a vacation to Singapore. While on-board, a murder occurs and the two of them get involved in the case.