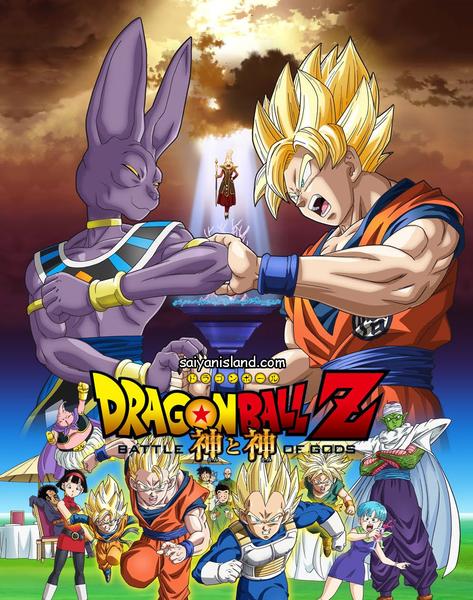 Dragon Ball Z: Battle of Gods has sold 988,790 tickets for 1,146,467,600 yen (about US$12 million) in the first five days since it opened on Saturday. As a result, the film is projected to sell more than 1 million tickets by its sixth day on Thursday. It is the fastest film to reach that milestone so far this year in Japan.
The film opened on 312 movie theaters (including 16 IMAX digital theater screens) and sold 561,098 tickets for 683,925,000 yen (about US$7,323,000) in its first weekend. Variety reported that the film was the top-grossing non-American film outside the United States.
Dragon Ball Z: Battle of Gods is set between the 517th and 518th installments of Akira Toriyama's original manga. Specifically, it is set during the "lost decade" of story time after the end of the battle with Majin Buu. It features new characters Birusu — the God of Destruction played by Kouichi Yamadera — and his attendant Wisu (Masakazu Morita).
Toriyama was deeply involved in the film's story and designs from the early screenwriting stages. Masahiro Hosoda (Dragon Ball Z episode director, Nangoku Shounen Papuwa-kun) directed the film at Toei off a script by Yūsuke Watanabe (live-action 20th Century Boys trilogy, Gantz, Bloody Monday, Future Diary).

And If you haven't seen a trailer yet: