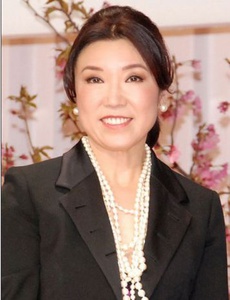 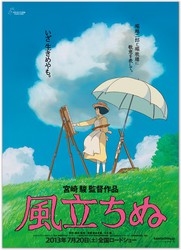 Singer and songwriter Yumi Matsutoya received the 4th Tokiko Iwatani Award in a Thursday ceremony, where she confirmed that she is contributing a theme song for the next film from Studio Ghibli co-founder Hayao Miyazaki. “It's an amazing honor,” she told the audience at the awards ceremony, and then proceeded to perform on the piano “Hikōki Gumo” (Airplane Cloud). She wrote this song when she was 16 years old.

Before singing “Hikōki Gumo,” the singer revealed that it will be used as a theme song for Miyazaki's upcoming movie, Kaze Tachinu (The Wind Is Rising). Producer Toshio Suzuki had asked Matsutoya to contribute the song at a Studio Ghibli event in December.

Matsutoya explained the title, "Songs that have a lot of feelings in them can connect to people's hearts, and riding on those feelings, people can fly, sweeping across the sky."

Kaze Tachinu will open in Japanese theaters on July 20.