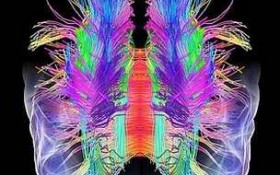 For sure, most of us have woken up from a really strange dream, wondering what that was all about. Some scientists in Japan are one tiny step closer to being able to understand and predict what people dream of while sleeping. And no hocus pocus was needed, just observation and MRI scans.

Researchers from the ATR Computational Neuroscience Laboratories in Kyoto, led by Professor Yukiyasu Kamitani said that they were able to predict the images that people were seeing in the early stages of sleep and that they had 60% accuracy during their research. He said he always believed that “dream decoding” is possible, so he wasn’t really surprised with the results of their study. Dr Mark Stokes, a cognitive neuroscientist from the University of Oxford said he is excited by the group’s paper that was published in the Science journal and even if it is still a long way off from actually having “dream-reading machines”, the study shows that it is possible in principle.

Three people volunteered for this study and they were monitored through MRI scans while they slept. When they’re starting to fall asleep, researchers woke them up and asked them to describe what they were dreaming about. The procedure was repeated 200 times for each volunteer and their answers were grouped in categories and put in a database. Then the volunteers were scanned again while they were awake and looking at images on a screen. The researchers were then able to detect specific patterns in their brain activities that corresponded with certain visuals. For the next step of the experiment, the scientists were then able to predict 60% of the time what the volunteers were dreaming about by studying their brain scans and comparing them to their verbal reports.

For the next phase of the study, they want to explore what happens in deeper sleep and whether brain scans can also predict what people feel, smell and do when they are deep in the throes of dreaming. But Dr. Stokes warns that they will not be able to “build a general classifier that could read anybody’s dreams” because each person’s thoughts and dreams are unique and specific to the individual.