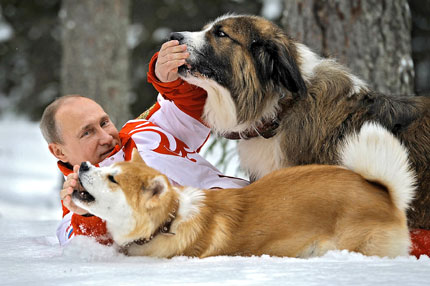 Yume, the Akita puppy that former Prime Minister Yoshihiko Noda gave in behalf of Akita Prefecture to Russian president Vladimir Putin a year ago, made her first “public appearance” as her pictures were posted on the president’s official website. The puppy was a thank you gift for Russia’s help to the prefecture during the aftermath of the Great East Japan Earthquake of 2011.


Putin’s love of dogs is well-known and when Noda met him for the first time in July of last year at the G-20 summit in Mexico, he promised him an Akita puppy which he of course gladly accepted. Akita dogs are recognized as a heritage treasure of Japan and is one of the 14 oldest dog species in the world. Most people know Akita dogs from the story of Hachiko, which was eventually turned into a movie starring Richard Gere. Yume, which means “dream” in Japanese, arrived in Russia July of last year, but this is the first time her pics were posted online. She is seen playing with Buffy, a Karakachan dog, also a gift to Putin from Bulgaria, and the president wearing sportswear in the background.

As a thank you for the gift, Putin sent a Siberian kitten to Akita Prefecture governor Norihisa Satake, who is apparently very fond of cats. By the time the “kitten” arrived in Akita though, it was already a cat because of the six-month quarantine law imposed on import of animals. 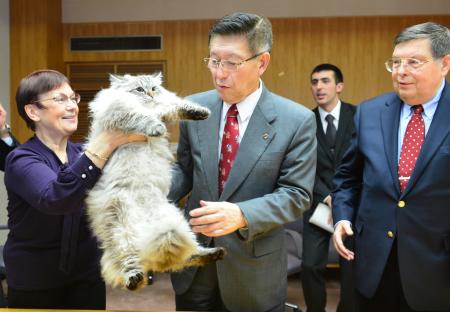 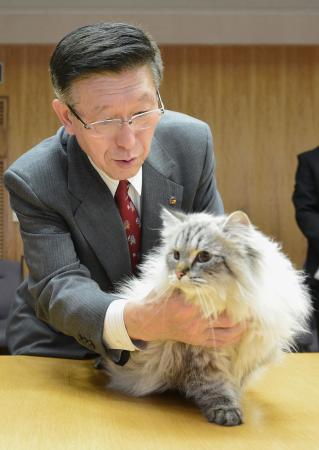