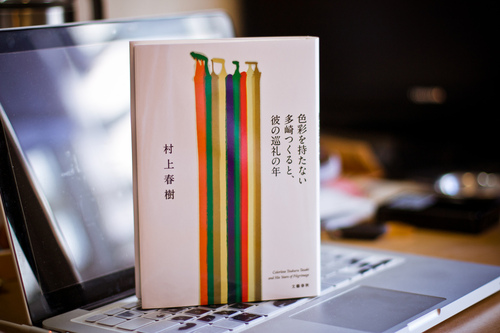 The demand for copies of a new novel by best-selling author Haruki Murakami is having a ripple effect on the music industry.

The musical work plays a major role in Murakami's latest book, "Shikisai o Motanai Tazaki Tsukuru to Kare no Junrei no Toshi" (Colorless Tsukuru Tazaki and His Years of Pilgrimage).

A flood of inquires from record stores and others prompted the record company to hop on the bandwagon.

The main character of the novel, Tsukuru Tazaki, listens over and over to Russian pianist Lazar Berman's renditions of Liszt's compositions. Universal Music plans to reissue a three-CD box set of "Years of Pilgrimage" performed by Berman on May 15.

A CD recording of the same work performed by another pianist will be repressed and put on sale later this month.

Universal Music's list of CD releases includes other recordings of "Years of Pilgrimage" played by several different pianists, but all of them are sold out, the company said.

Meanwhile, the novel's publisher, Bungeishunju, decided Friday to print an additional 100,000 copies after it sold out at many bookstores on the first day. The book had been reprinted three times prior to its release. The latest reprinting will boost the number of copies in print to 600,000.