Japan steps up security in light of Boston Marathon bombing 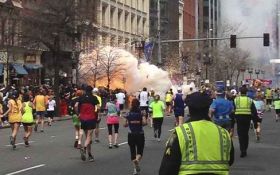 Japan is keenly monitoring the latest developments in the Boston Marathon bombing which occurred near the finish line Monday afternoon. The attack has already claimed the lives of 3 people and injured 144, with 17 of them being in critical condition. As of this time, the Japanese government is still gathering information on the whereabouts of the Japanese citizens who participated in the marathon.

As part of precautionary measures, the National Police Agency has stepped up security at key areas in the country, including the US Embassy in Tokyo, US military bases in Okinawa, nuclear power stations, airports, train stations and other critical and crowded areas. While no viable threat has been received, these are just standard procedures in light of the events in the United States, a key ally of Japan. Prime Minister Shinzo Abe told the parliamentary session this morning about the security measures the country is taking. Defense minister Itsunori Onodera also said, “The entire international community should send a firm message” that they are not tolerating violence of any kind against innocent civilians.

Foreign Minister Fumio Kishida said they are closely coordinating with the organizers and relevant agencies to assure that all 238 Japanese nationals who participated in the marathon are accounted for. According to the Boston Marathon website, 179 of the runners were able to cross the finish line before the race was stopped. Japanese travel agencies who organized tours for the event said their participants have been confirmed safe.