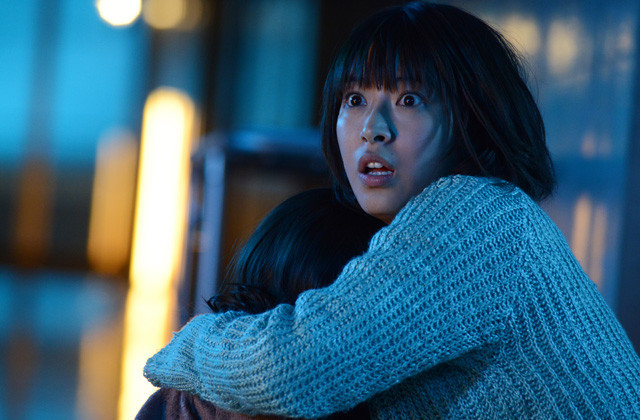 Following on the success of last year’s smash hit horror film Sadako 3D, which earned over 1.5 billion yen at the box office, director Tsutomu Hanabusa and writer Koji Suzuki quickly got to work on a sequel. On Monday, it was recently revealed that the new film will star Miori Takimoto (21), who’s best known for playing heroine Akari Murakami in the NHK drama “Teppan” (2010-2011). This will mark her first starring film role and first film appearance since Higanjima: Escape From Vampire Island in 2009.

The film is set five years after the events of the original, which starred Satomi Ishihara and was itself a continuation of the popular Ring horror franchise. Takimoto will play protagonist Fuuku Ando, a 24-year-old graduate school student studying clinical psychology while raising her 4-year-old niece. When inexplicable incidents begin occurring around Ando’s niece, it’s soon revealed to be related to the events of the first film involving a cursed video.

Filming began on March 9 around the Tokyo and Kanto region and will wrap around the end of April.

Takimoto probably doesn’t have to do much acting to appear terrified on-screen. The actress admitted she’s extremely jumpy and gets scared every day on the set while filming, adding that she hopes to share that fear with the audience. She’s even afraid to hold the script in her hands, and according to director Hanabusa, she was driven to tears on an almost daily basis.

Although not many details can be revealed yet, Takimoto was able to say that the sequel will feature flashy new visual gimmicks that even she’s looking forward to seeing.

It’s hoped that the sequel can repeat the success of original, which was released on 214 screens nation-wide in May of 2012. More than half of the audience were teens, which expanded ticket sales in unprecedented ways. Its public exposure was also bolstered by unusual yet memorable PR tactics, such as having a girl playing Sadako throw out the first pitch of a baseball game and a Hello Kitty product tie-in. It’s probably safe to assume we can expect similar stunts leading up to the sequel’s release.