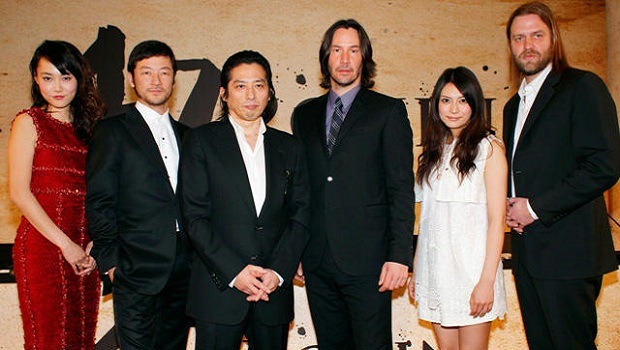 A film that's been delayed and delayed several times, 47 Ronin, which filmed way back in 2011, will finally be making it to cinemas this year.

The movie stars Keanu Reeves and has been directed by Carl Rinsch. It's the story of a real group of samurai in Japan in the 18th century, who are looking to get revenge on the man who killed their master.

What's particularly notable about 47 Ronin is just how expensive it is, given the nature of the project and the relative experience of its director. Universal has thus-far spent in the region of $170m just to make the film, and it had originally planned to have the movie in cinemas back in November 2012. That, clearly, didn't happen, and Universal initially delayed it until February 2013.

It was last year that Universal reportedly further delayed the movie until Christmas Day 2013 in the US, and nothing really has been heard of it since. It wasn't even clear if that new release date would stick.

Well it seems that it will. Rentrak in the UK sent out a confirmation over Twitter yesterday that the release date for the film in Britain had been confirmed as December 26th 2013 (which, in turn, suggests that Christmas Day 2013 is still holding in the States(. And it seems as though it's now officially full steam ahead for the movie.

We're intrigued to see 47 Ronin. The traditional suspicion is that delayed films, that have had reshoot work, are in deep trouble. That may well be the case with 47 Ronin, but that doesn't necessarily mean that the final film will be a bad one. It may just turn out quite the contrary. We'll find out in December...