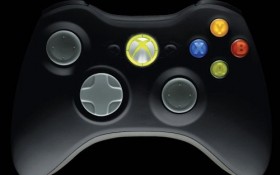 While Microsoft’s Xbox 360 has been the leading video game console in the US, their sales in Japan have been so low that some stores have stopped selling the console and its games. As a push to get more Japanese interested in the Xbox (and become loyal to the brand as well), they are launching the 1 Million Hours campaign.

The campaign intends to challenge Japanese gamers to play more Xbox games and for every landmark hours collectively reached, they will be giving complimentary Microsoft Points (MSP) for Xbox Live members, both the free and Gold subscribers. For example, if all the gamers log in 300,000 hours each member receives 100 MSP and if they reach 500,000 hours they receive twice the MSPs. But the ultimate target is to reach 1 million hours and the reward is 400 MSP for gold or paying subscribers while free Xbox Live users get 30 points. But you can’t just play any game just to reach those targets. Microsoft has identified 20 specific games which will log in the hours played by the gamers.

Analyst Jesse Divnich of video game research firm EEDAR said that this is quite an extraordinary move for Microsoft to do just to win over the Japanese market. And since they cannot adjust their software and hardware prices, they need to increase their marketing and retail strategies. This promotion may increase Xbox 360 engagement but may not make a large dent in sales anytime soon. Their main competitor and Japan’s number one game console, Sony’s Playstation 3, has a five-times lead over the Xbox 360.