Woman comes forward to a weekly magazine, "I was sexually abused by GACKT".

Warning: Please be aware that there are quite detailed mentions of sexual abuse in this article. 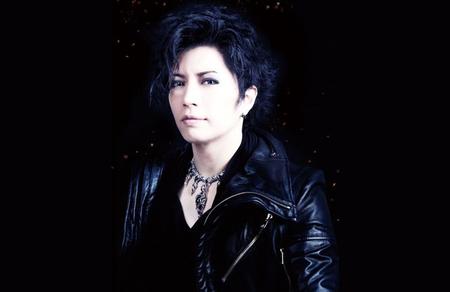 Shock is currently waving through the industry due to an article published in the recent issue of the magazine, "FLASH" (Kobunsha). A woman revealed that she was sexually abused by singer GACKT (39). GACKT already has a history of gossip surrounding him. There are rumours of tax evasion, to having a secret child and even that he has suspicious acquaintances. However, this sex scandal could be the rumour to hurt him the very most.

The victim is a 27 year old woman, who will be referred to as "Ms. A". In September 2011, GACKT visited the cabaret club (kyabakura) where Ms. A was an employee. He stayed for about an hour and would leave around after 3 am. Since it was late, GACKT offered to bring Ms. A home. She declined, stating that her home was quite close to the club. Despite this, he forced her into his car. Once in the vehicle, GACKT had already removed his pants and showed her his erection. He grabbed Ms. A by her hair, slapped her face and forced her to do things against her will. These acts continued until they arrived to his home, around 30~40 minutes later. According to Ms. A, GACKT shaves his pubic hair and has around 30 silicone balls inserted into his genital area.

After arriving at his home, he continued to violate her. Once Ms. A had rested a little bit, she was brought to his bedroom, where both of her hands were tied back. She was forced to perform fellatio for almost 4 hours. GACKT would hover over her and make her lick various objects, if she made a disgusted face or turned away, she would get hit. He even went so far as to strangle her until she was about to lose consciousness. After those long 4 hours, GACKT was still unsatisfied and removed her clothes at this point. Ms. A says that this is when he raped her. She says that this lasted for an hour and a half, and that GACKT only ejaculated once after 6 hours of these acts. After this, Ms. A asked him if she "could go home already" while crying. He told her that "the door locks itself" so she could "just go home whenever she wanted to". She went home after 9 am, feeling that she was finally liberated.

Ms. A has reported all of this to the police, and at the end of last month, the police headquarters in Shinjuku accepted her charges of "rape" and "forced acts of obscenity" against GACKT. In her file of complaint, there is her report of the event, photos of her bruises and torn clothes that are included. If you consider the report that was handed to the police, there is probably no way that you can consider this whole situation as nonsense.

A weekly magazine reporter has provided some information as well. Lately, GACKT's contract with the management corporation, "Gordie Entertainment" has been cut after rumours of his tax evasion. He has since transferred to the major karaoke company, "Daiichikosho Co., Ltd.". GACKT has been in the front lines, trying to avoid being hit by these sparks. There are rumours of his previous company planning to shut him down since they did not authorize the transfer, which made them feel that GACKT abandoned them and ran away. However, this transfer actually produced a very large amount of "transfer money". On Gordie's side, this would give them nothing but satisfaction, so according to the writer, the likelihood of the "shut down" rumours may be slim.

In the case of his sex friend relationships or of the secret child, it is merely an issue of where GACKT's responsibilities lie. If Ms. A's case is the truth, it is nothing but a complete crime. GACKT frequently ignores and keeps quiet about these rumours but, it seems only this time that a big problem will arise with the unfurling of this case.

GACKT has also recently been removed from the artist lineup of FNS' "Uta no Natsu Matsuri" (Summer Song Festival).

We wish to deliver an explanation concerning the article about GACKT that has been published in the May 13th issue of the weekly magazine "FLASH", among others.

The various acts of violence that were presented in the contents of this report are not facts,
and in regards to "FLASH"'s sales agency, Kobunsha, we are going through with our arrangements to sue them for defamation.
Moreover, given that we have confirmed that the statements from the female victim are not facts,
we are discussing whether or not to take legal actions in relation to this.

We are aware of the worry we caused all of the fans and to our business partners as well,
we plan to work together with our law consultants as to not cause more worry to everyone so,
we ask for your understanding, thank you very much.

ETA2: After the event, Ms. A went to discuss with the police. Through a lawyer, she requested for an apology from GACKT. After the apology request was not granted, Ms. A submitted the sexual abuse report to the police. They accepted this report at the end of April, and there seems to be no update from police after that time.

I'll wait until the verdict before judging though.
(no subject) - Anonymous - Expand

koichiko 14th-May-2013 07:01 pm (UTC)
You do understand that evil powerful, popular man can have really terrible "desires", right?
What about the woman? There is evidence that prooves something happened.
What about her? I'm not saying Gackt is guilty, that isn't my place, but her assault was obviously not something the tabloids made up!

criyu 14th-May-2013 06:53 pm (UTC)
well I'm one of Gackt fans, but I must say that if one is a celebrity doesn't mean that he/she can't also be a criminal (and of the worst kind).
is a sensitive issue.
on the other hand accuse a famous person can lead to many advantages-__-

just because he has money doesn't mean he can't do horrible things. But the fact that he has money makes you think that he might just pay someone to satisfy his needs...

asweetsymphony 14th-May-2013 06:54 pm (UTC)
I remember Gackt has said misogynistic and disgusting things about women before... Something about how men needs to control women and how women are naturally inferior to men. Does anyone know the full quote?

myharu 14th-May-2013 07:28 pm (UTC)
how does this read like a story from that shit book? she didn't want it so he kidnapped her and raped her. this unfortunately sounds pretty realistic to me
(no subject) -

I sincerely hope she will be able to recover from this, dear lord.

I won't make any assumptions about whether this was Gackt or not, that's the police' job.
I just hope the poor woman will be able to move on from this terrible assault.

johnnypenn 14th-May-2013 07:12 pm (UTC)
Well - this reminds me a bit of the Michael Jackson trial where a bunch of parents accused him of sexually abusing their kids at his home. And he got acquitted! any other dude would've been put behind bars.
So maybe there's a chance GACKT can beat the charges. I don't know how Japan's courts work, but if it took place in America, the prosecutor would have the burden to prove their case. All GACKT defense attorney would have to do is put enough holes in her story to make the jury doubt her version of events.

We may not be able to see her interview, but I have found that if people change their stories enough that they aren't reliable as a witness; So if this woman gives interviews to the Press to try and get his reputation in fandom and the industry as ruined as possible -besides the court case - I'd be listening and comparing every single word she said to see if she was staying true to her first statements to the police and media (she probably won't but you never know)

I hate to say it - but I've a sneaking suspicion that this woman just needs money and has come up with a way to get it. If it is true, than GACKT deserves what he gets.

What really makes me doubt the woman, is how she says he forced her into his car....on a busy street?
I mean, how can no one have seen that altercation? and how could he have driven and slapped her unless someone else was driving? I'm sorry, but I just don't understand any of it. If he slapped her there'd be some sort of bad driving, someone would have seen it. She didn't mention anything about his driver or is that just assumed he never drives and always has someone do it for him?

And just because he's a kinky shit doesn't mean that the woman mentioned later on in the article wasn't into it as well and had given her permission to him and did it for him. It's all a question of consent. There are just too many questions for me to just accept what she says.

and has around 30 silicone balls inserted into his genital area.

tsunemi 14th-May-2013 07:34 pm (UTC)
The silicone balls are a real thing, however. I have seen it previously on TV in a documentary. They showed that it's the size of a regular BB gun bullet, so it's not strange if he really had 30 of them.
(no subject) -

45s 14th-May-2013 11:24 pm (UTC)
Lol. I didn't even break the first page and it's Sempai didn't mean it. I s2g between the disgusting Kitagawa apologism and a heap of microaggressions, I just can't with arama these days.
(no subject) -