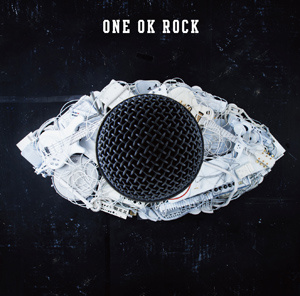 The popular rock band ONE OK ROCK is contributing their song "Be the light" as the theme song of the upcoming computer-graphics film Captain Harlock. The film remakes the classic anime Space Pirate Captain Harlock with Toei Animation's highest production budget ever at the equivalent of over 30 million U.S. dollars. Shun Oguri and Haruma Miura will star as the title pirate and the new character, Yama, respectively.

ONE OK ROCK formed in 2005 and became popular for their aggressive live performances. They already contributed "The Beginning" theme song for the live-action Rurouni Kenshin film. They filled the seats in the Nippon Budokan arena in 2010, as well as in the Yokohama Arena for two days in 2012. They are now in the middle of a six-city, 10-concert arena tour for 100,00 fans to support their sixth album, Jinsei x Boku =. "Be the light" is one of 13 tracks on this March 6 album.

In Leiji Matsumoto's original 1977-79 manga, the title character rebels against Earth's inept government and fights for humanity with his crew of 40 aboard the invincible space battleship Arcadia. The manga inspired a 1978-1979 television anime series, a few features, and the sequel Arcadia of My Youth: Endless Orbit SSX.

Writer Harutoshi Fukui (Mobile Suit Gundam UC novels, live-action Bōkoku no Aegis) reconstructed the story to reflect the themes of modern society, and Shinji Aramaki (Appleseed) is directing with the latest filmmaking technology in the style of a Hollywood production.

The film will open on September 7.