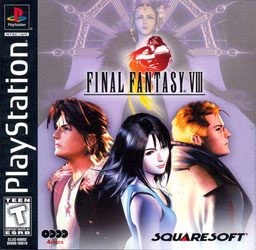 Final Fantasy VIII was released for the original PlayStation console and Windows computers in 1999 and 2000, respectively. The game follows the temperamental Squall and his love-interest, Rinoa, as they try to stop an evil sorceress from the future.