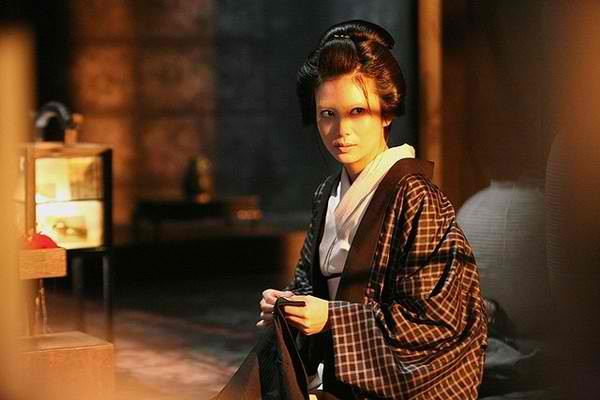 Film company Toei has revealed that Kou Shibasaki will co-star in Takashi Miike’s Shin-Yotsuya Kaidan, a new theatrical spin on the classic horror tale of betrayal and ghostly vengeance.

Back in May, it was announced that the film would have a “play within a play” theme, with Ebizo Ichikawa starring as both a stage actor named Kosuke Hasegawa and his “Tokaido Yotsuya Kaidan” character, Iemon.

Shibasaki will play Kosuke’s lover, actress Miyuki Goto, as well as Oiwa in the stage play.

In the film, the themes the two co-stars depict in the stage play bleed over into their real-life relationship until the line between fantasy and reality is completely blurred.

The role reunites Shibasaki with director Miike for the first time since she starred in his 2003 horror film, One Missed Call.

The new film will be released by Toei in Japan sometime in 2014. Celluloid Dreams and UConnect have secured international distribution rights.