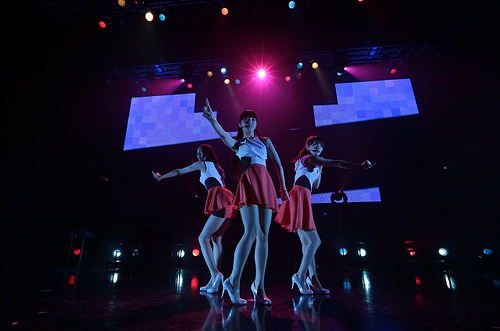 Whilst wrapping up their Perfume FES!! tour, both the audience and P.T.A. fans viewing P.T.A. TV were left with a bombshell announcement: a brand new album and a two special dome lives! So far only the new album’s title,LEVEL 3 was announced but it appears that it is set for an Autumn 2013 release.

As for the dome lives, it’ll be held at the following two places:

More details will be made available as soon as possible.