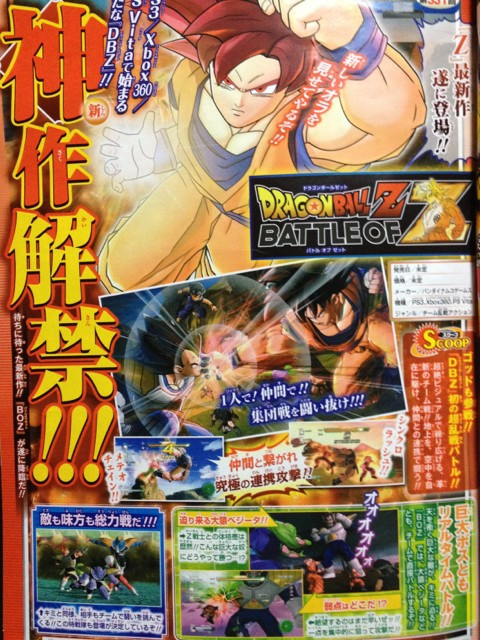 Release date and price have not yet been decided.

The last Dragon Ball video game to launch was Dragon Ball Z: Ultimate Tenkaichi for PlayStation 3 and Xbox 360 in 2011. It received mixed to negative reception.