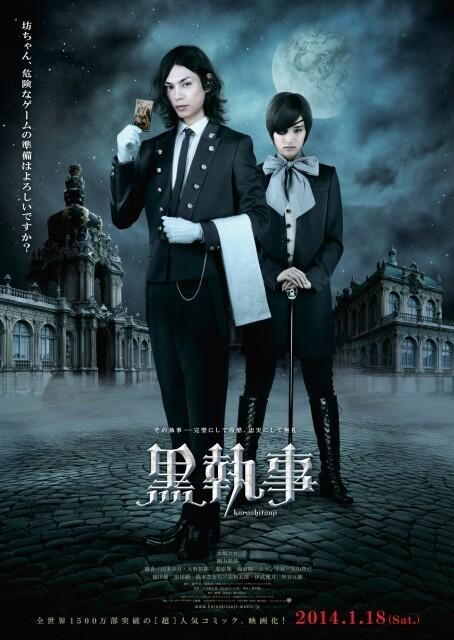 The official website for Kentaro Otani and Keiichi Sato’s upcoming live-action movie adaptation of Black Butler (Kuroshitsuji) has been updated with a 50-second teaser trailer.

The film is based on a manga by Yana Toboso which has been serialized in Monthly GFantasy since October 2006 and has reached a circulation of over 14 million copies to date.

The story revolves around a “flawless demon butler” character named Sebastian Michealis who personifies grace, knowledge, and physical perfection as he investigates dark and mysterious incidents at the behest of the prestigious Phantomhive household and Queen Victoria.

The movie is set 130 years after the events of the original manga. Ayame Goriki plays a character named Shiori Genpo, a descendant of the Phantomhive family in the year 2020 who disguises herself as a man under the name “Kiyoharu” in order to take a leadership role in the Funtom Company.


Hiro Mizushima ended a 3-year hiatus from acting to portray Sebastian. In order to match Sebastian’s body type, Mizushima reportedly dropped quite a bit of weight and participated in intense action training for reasons which become evident in the new clip.