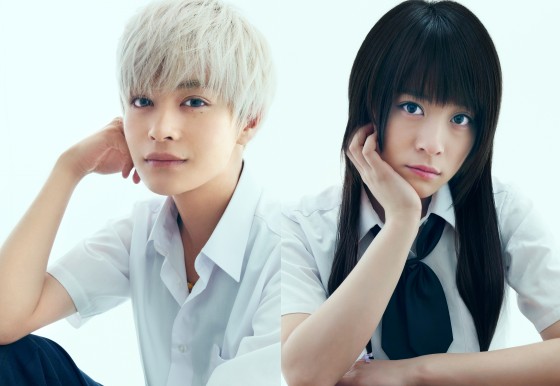 Cinema Today Movie News announced that Seto Koji and Kitano Kie are co-starring for the first time together in the live-action film adapation of "Boku wa Tomodachi ga Sukunai" (lit. "I don't have many friends", short called "Haganai"), a popular light novel by author Hirasaka Yomi, which sold more than 5.55 million copies. The movie is hitting theatres on New Year 2014 with a completely original story, making it a stand-alone work based on the original novel.

The story about a group of friendless young people who founded the "Neighbor Club" to make friends, has gained since it´s release as light novel in 2009, popularity as Manga and Anime TV Series adaption, too. Seto Koji plays the protagonist Segawa Kotaka, a half-british/half-japanese student, who just transfered to St. Chronica's Academy, a Catholic high school. But like on all the other former schools he attended, is Kotaka finding it difficult to make friends here as well. Mostly because he is prejudged by his schoolmates for his naturally blond-hair and fierce-looking eyes, that gives him the look of a delinquent and scares others off. Seto Koji dyed his hair for the first time blond and confessed about his part: "First of all, the impression that this heartbreaking title was destined. This is, because I also have few friends. In this movie appear persons that don´t have friends out of many different reasons. I tried to perform the cause for Kodaka boldly, but carefully. I think this movie is giving a new sense of comedy for our audience to enjoy. And such a work that stays thought-provoking after you watched it.

At his side is Kitano Kie playing the part of Yozora Mikazuki, a sullen girl with a "imaginary friend". Other cast member include Otani Mio, Takatsuki Sara, Kanjou Mao, Kubota Sayu, Yamada Momoka, Kurihara Louis, Watanabe Dai and Yoshizumi Ishihara. The filming ended in June 2013, directed by Takuro Oikawa.