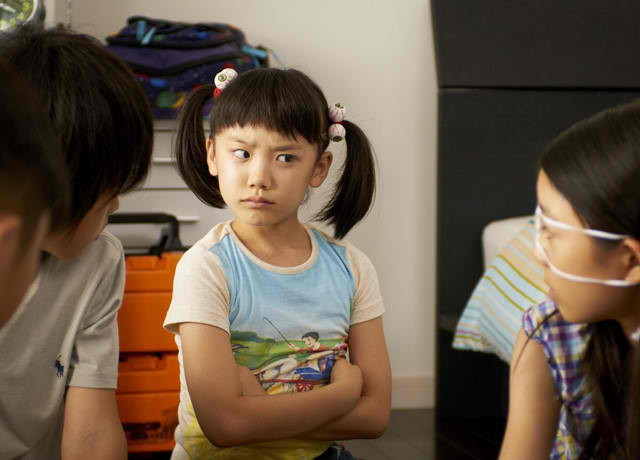 On Friday it was announced that popular child actress Mana Ashida will get her first solo starring role in Isao Yukisada’s Entaku (lit. round table).

If you’re one of the 20+ million people who have seen Guillermo del Toro’s sci-fi daikaiju epic Pacific Rim recently, you probably recognize Ashida as the childhood version of Rinko Kikuchi’s character Mako Mori. However, fans of Japanese entertainment know her as the semi-ubiquitous go-to girl for epicuteness. Basically, whenever an adorable and/or precocious little girl is needed for a television commercial, TV drama, or movie, chances are Ashida is high on the list.

This time around Ashida’s role will require a bit of an image shift. She’ll play Kokko, an obstinate, sharp-tongued 3rd-grader. 8-year-old Kokko lives in Osaka and is always surrounded by her large family, with her entire world consisting of the few miles between home and school, but she’s always unhappy and longs to be left alone.

The role will also require Ashida, a Hyogo native, to speak in the Kansai dialect for the first time in her career. Kansai dialect is generally thought of to sound “harsh” or gruff to outsiders. According to Ashida, learning standard Japanese in school had caused her to start to forget the Kansai dialect, so she had to learn from her mom and dad and then practice with her grandparents, who still live in Kansai.

Filming began on location in Osaka in mid-July and Ashida has been keeping up the accent for fun even while not filming to stay in Kokko-chan mode.

“Entaku” will get a nation-wide release in Japan in 2014.