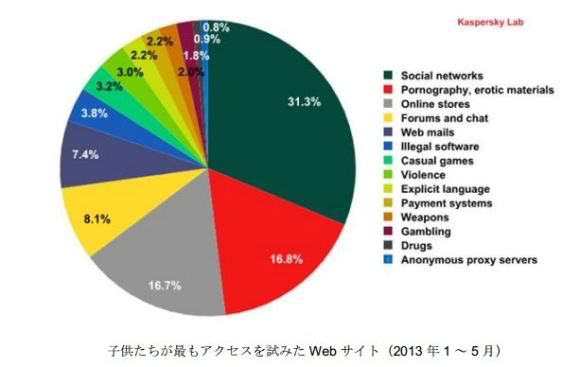 Kaspersky Lab, the Russian computer security company, has recently released detailed statistics about what kids are attempting to access on their parents’ computers.

Surprisingly enough, the number one thing kids worldwide were looking for wasn’t pornography!

In fact, our young ones were over twice as interested in social networking sites as adult sites. The company recorded 52,000,000 attempts to get chatty with friends and only 25,000,000 tries at finding something, uh, stimulating. Coming in third was online shopping. Fourth place was reserved for forums and chat rooms.

I tell you what, things have changed a lot since I was a kid.


On a national level, though, we find a wider variation in results, with kids from the US and England choosing “adult entertainment” first, online shopping second, and social networks third. Parents, if you want to know what your kids are doing on their computers… well, actually, you probably don’t.

And what was the number one category that Japanese kids were looking up? Something to help them “blow off steam”? Maybe hoping to buy some new clothes with their parents’ credit card? Trying to Facestalk that new cute teacher?

Nope! They were looking up forums and chatrooms, like 2channel—the inspiration for other highly-respected anonymous bulletin boards.

To be fair, the number two position was filled by young ones looking to explore the wonderful world of naked people. Japanese kids must be comparatively anti-social though; the number three position was taken by online shopping.

▼This is what Japanese kids really want! 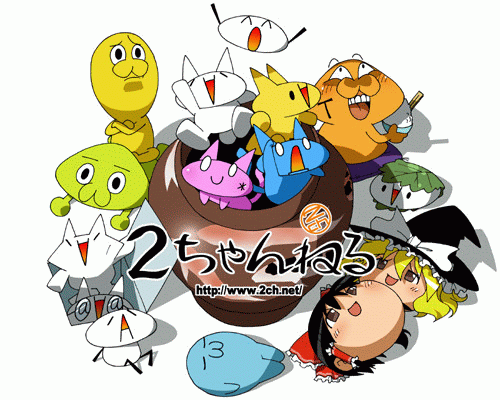 I wonder which category 2channel’s pink forum falls under.

Well, I don’t not understand.

Well, if this includes matome (news collection) sites, there are a lot of different types from which you can get good information.

An Internet without anonymous posting just really isn’t the Internet.

I bet that there are a lot of people who are addicted to 2channel.

For many Japanese commenters, the idea of using social networking sites—which generally require use of a real name or at least a constant handle—is quite unsettling. As one commenter wrote: “The cultures sure are different.”

Well, now, that sounds like the Internet I grew up with.