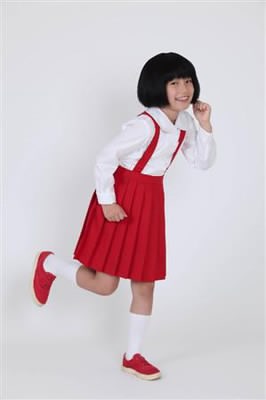 The first live-action adaptation of Momoko Sakura's Chibi Maruko-chan manga and anime in five and a half years will air this fall on Fuji TV. The family comedy follows a third-grade girl named Maruko in her daily life among her family and friends.

The first live-action television adaptation aired in April 2006 with Ei Morisako in the title role. It earned a 22.8% rating and spawned a sequel that earned a 17.7% rating that October. The following year, Ayaka Itou became the second live-action actress to assume the role in a full-fledged television series.

For the upcoming new adaptation, eight-year-old Maki Shinta — an actual third grader like Maruko — will play the lead role. The new version will be an omnibus of four stories, with some stories selected from the original manga and some brand-new plots.

Sakura serialized the original manga in Shueisha's Ribon shōjo manga magazine from 1986 to 1996. She launched a four-panel version in Japanese newspaper in 2007, and she ended that version in 2011.