Husband clings to top of a car for 2.5 km to catch wife’s underwear thief 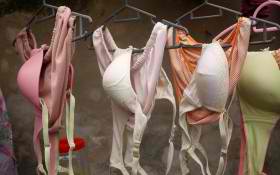 The scene witnessed in Kimitsu on Saturday night was no suspenseful movie being filmed. Although seeing a man clinging on top of a car is a usual scene in such film genre, what happened in Chiba Prefecture was an actual chase involving a man and a thief. The crime, however, was stealing a pair of women’s underwear hanging on a clothesline to dry. And the man who put on the kilometres-long stunt was the (very) dedicated husband.

As if Kimitsu had gone and become like Gotham City, the 32-year old husband also bothered to pull a Bruce Wayne act, clinging to the roof of a car owned by the culprit. The latter drove off for 2.5 kilometres as soon as he was found stealing the underwear of the wife. According to the husband, his wife’s undergarments had been going missing recently, and in order to identify and catch the thief, he decided to tie a fishing line and two bells to the garments. As expected, the thief returned, which was on Saturday around 10:30 PM. The rest led to the chase.

The underwear thief was identified as Hiroshi Ishikawa, 53 years old. The husband only managed to cling for 2.5 km before falling off the car’s roof. But he was able to identify the car and the license plate, which he immediately reported to the police. The husband, albeit the 2.5 km trip and fall, only sustained a minor leg injury. Ishikawa is now facing a robbery charge.