Hayao Miyazaki : "If there would be a Nausicaa sequel, Anno (Neon Genesis Evangelion) should do it" 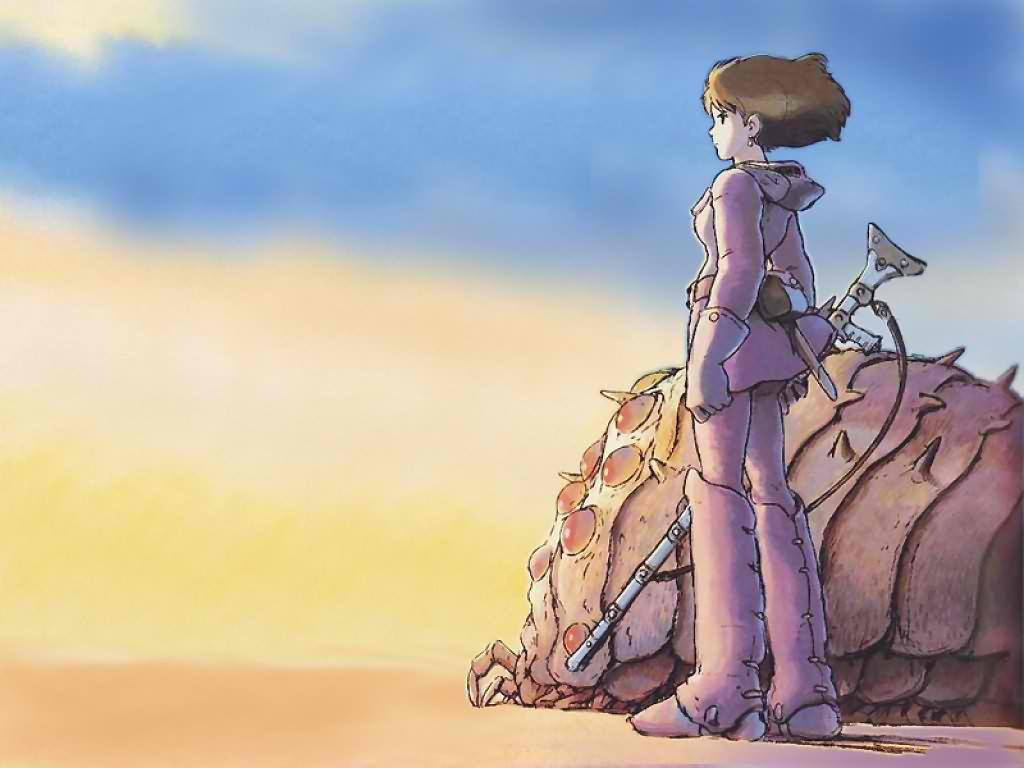 For all of Studio Ghibli’s acclaim, the famed House That Miyazaki Built has never once put out a direct sequel to one of its works. While various thematic threads run through all of Miyazaki’s films, the man, for all his genius, apparently lacks the attention span to stretch a concept into two films. That or he just really hates the idea of tacking numbers to his movies’ titles.

However that may change soon if comments Hayao Miyazaki made at a recent interview promoting his latest film and ode to tobacco smoke, The Wind Rises, are to be believed.

While appearing for a one-on-one interview during the Japanese morning talk show, Oosama no Brunch, Miyazaki indicated that he’s open to the idea of a sequel to his 1984 film, Nausicaa of the Valley of the Wind – his sophomore film as a director and one of his most cherished by fans. The only catch is he wouldn’t be doing the film himself.

Anno and Miyazaki’s relationship goes back a surprisingly long way: Anno originally met the director when he was selected to help animate the original Nausicaa. Reportedly, Miyazaki was so impressed with Anno’s drawing talents, he gave the man animating duties for some of the film’s most complicated climax scenes. That, in turn, opened the door for Anno to helm the original Evangelion series.

Since then, Anno had long expressed an interest to Miyazaki in creating a sequel to Nausicaa, which makes sense as the film is actually an adaptation of just the first third of an epic manga series.

“I have no interest in doing a sequel to Nausicaa,” Miyazaki said on Osama no Brunch. “But these days I think if Anno really wants to do it, he should.”

So, fellow Nausicaa fans, now it’s up to us to send Anno letters, day in and day out, Shawshank Redemption-style until the man actually takes the plunge and puts pen to paper on this fabled sequel.