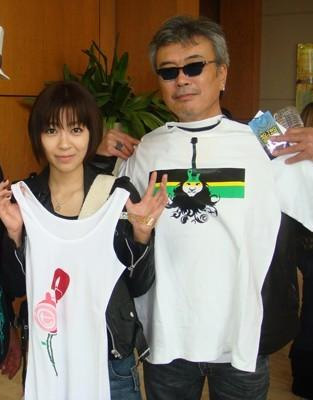 ^Most recent picture I could find of her with her father. This was around 2009, I think.


Utada Hikaru's website has been updated with comments from herself and her father/manager, Teruzane. A forum member (source) translated the comments:

On the morning of the 22nd August, my mother took her own life.

There appear to be a lot of speculations floating around, so please allow me to write a few words here.

For a very long period of time, she was tormented by mental illness. Because of its nature, it was extremely difficult for her to receive any treatment that would require her consent, and we were perpetually troubled over what we should do about it as a family, and what the best option would be for her.

Since I was young, I have been witness to the progression of my mother's illness. With the worsening of her symptoms, her distrust of people, including her family members, only increased further, with the line between reality and her delusions getting blurred, and she came to lose control over her own behaviour. I was subjected to her emotions and actions all the time, and there was nothing I could do about it.

While I hope that she is now freed from her constant suffering, her very last deed was one that was overwhelmingly tragic, and stirs up only feelings of regret within me.

Even though she was a woman who was frequently misunderstood by others...... even though she was always very timid, she was also very strong-willed, with a strong sense of justice, always enjoyed having a good laugh, had a quick brain, was as impulsive as a child, was scatterbrained and could not be left to her own devices, and was an adorable person, more so than anyone else. Despite there being many sad memories, when I think of my mother, the image that surfaces in my heart is one of her smiling.

I am proud to be the daughter of my mother, and am full of gratitude for having been able to meet her.

I have received lots of warm, supportive words, and am reminded that I am being supported by very many people. Thank you all very much.

An update, and words of thanks

With regards to the late Utada Junko's suicide, I would like to sincerely apologise, both as representative of the agency to which she belonged to and as her former husband of 25 years, for all the trouble and inconvenience this incident has brought about to all those concerned in the various industries, to the fans of Fuji Keiko, and to the fans of Utada Hikaru. I would also like to take this opportunity to express my heartfelt gratitude and thanks for all the kind words and well-wishes sent to both Utada Hikaru and myself.

As per the wishes of the deceased as expressed in her will, both an all-night vigil and a funeral were not carried out. (Translator's notes: Seems like there will only be a cremation.)

Ever since I met her, I recognised that there was some degree of emotional instability within her, but instead of seeing it as a mental illness, I simply came to terms with it by viewing her as a uniquely "whimsical" person, and perceived it as something I could deal with adequately enough.

It was when Utada Hikaru was around 5 that these emotional changes started becoming more noticeable. She would launch aggressive words and actions towards my mother, the late Takeyama Sumiko, and even Hikaru and myself soon became the targets of her attacks. However, her emotional changes were frequent, and days where she'd go, "Sorry, I've caused trouble again", and reflect on her actions a few minutes after her outbursts continued on for a long period of time. When her suffering became more frequent, she was advised on numerous occasions after being examined at hospitals to undergo appropriate treatments, but this advice instead caused her to develop feelings of mistrust towards me. In the end, I believe that her suffering became a lot graver as the years went by and she continuously refused treatment.

In these twelve years, she lived life as she pleased, going on vacations and trips when they came to her. She got an American visa that allowed her to stay in the country for a maximum of five years upon entry, and made New York her base, frequently travelling to the European countries, various parts of America, and Australia as and when she felt like it.

While living such a lifestyle, she would call Hikaru and myself regardless of the time of day and without any prior notification; while there were times where she'd ask "How're you doing?" and the conversation would continue on normally, there were also times where she'd yell at us for no apparent reason, and we were very worried about her, her mental condition speaking to us very plainly through her words.

The last time I spoke with Junko was on the 14th August this year. It was her who called me. This time, it was one of the few occasions where Junko's voice had a cheerful tone and she sounded energetic. It lasted eight minutes, including some small talk, and accepting a few requests from her, I hung up the phone. And eight days later, she committed suicide.

It is impossible to know whether Junko made an active decision to take the leap, or whether it was an act of impulse. All I can say is that I am filled to the brim with regret for having been unable to help her in her situation, and with sadness for having lost someone dear to me.

I would like to thank everyone who has watched over Utada Junko and Fuji Keiko with all their love on behalf of her. Thank you all very much.

The time I spent with Junko is firmly engraved into my memory, and will never fade away.
26th August, 2013 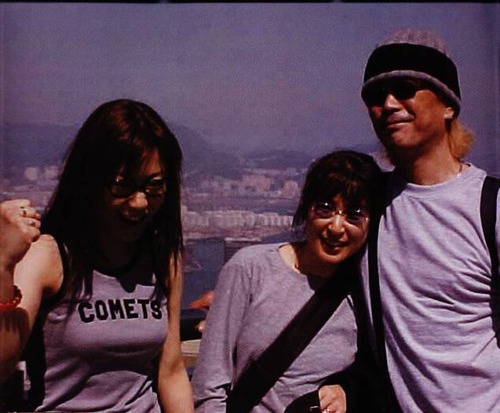 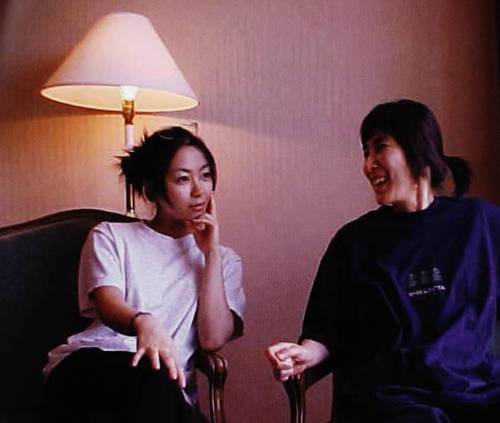 ^^^Only pictures I could find of them together.
Tags: death, music/musician, utada hikaru
Subscribe