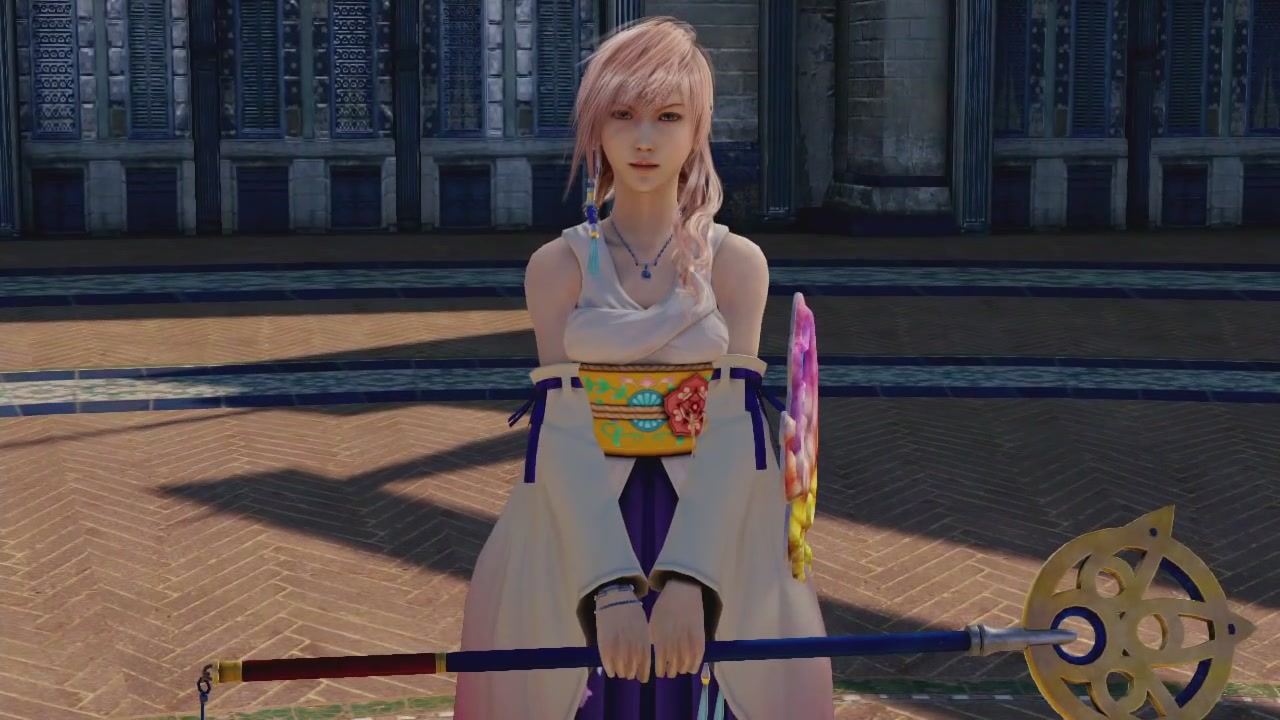 The outfit is the same garb worn by Yuna, a summoner who brought the Eternal Calm to a faraway land called Spira, in Final Fantasy X.

Lightning will have over 80 costumes to wear in the final game.

looked awkward at first but actually looks good in battle xD
the game seems like a cosplay show now and since they're at it id like a Lulu costume pls.