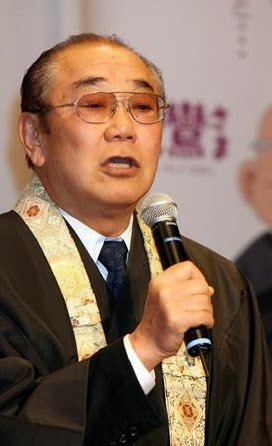 Actor Ishida Taro lost consciousness during the filming of FujiTV's autumn 2013 drama "Dokushin Kizoku" on 21 September in a studio at Sagamihara City, Kanagawa Prefecture. He was later sent to a hospital within the city and was pronounced dead at 4.24pm on the same day. Ishida was 69 years old and the cause of his death is unknown.

According to FujiTV, Ishida had been in the studio for a filming of one scene in "Dokushin Kizoku" starring SMAP's Kusanagi Tsuyoshi which is scheduled to begin its run from October. Ishida was the guest star for the first episode and played a famous scriptwriter. In the scene filmed around 1pm which involved Kusanagi and Ishida, Kusanagi who plays the CEO of a movie production company tried to persuade Ishida's character to write a script for his movie but kept getting rejected. When Kusanagi found Ishida at a swimming pool, he dived into the pool which was 92cm deep and tried to get Ishida to change his mind. The scene lasted for about 2 minutes. After the filming, Ishida who was dressed in his swimming trunks, was walking to the side of the pool and about to get out when he suddenly lost consciousness. The staff then got Ishida out of the pool and tried to perform first aid on him while waiting for the ambulance to come but the latter still passed away a couple of hours later at the hospital. According to FujiTV, Ishida had performed warm-up exercises before entering the pool and the temperature of the pool water was at 27 degrees Celsius which was neither too cold or too hot. The police has ruled out the likelihood of this being a criminal case or accident since it was likely that Ishida passed away due to some medical condition.

Filming for "Dokushin Kizoku" was suspended on the day of the incident as well as on 22 September. As for what needs to be done for the first episode, there are no concrete plans yet. According to the producer-in-charge, Kusanagi was very shocked to hear about Ishida's demise.

As Ishida was also scheduled to act in NHK's 2014 Taiga "Gunshi Kanbee" as Ogou Yoshitoshi who served the same master as Kanbee during the warring era and that filming is supposed to start from October, NHK has said that they will be making plans in response to Ishida's passing which suggests that they may find another actor to play the role.