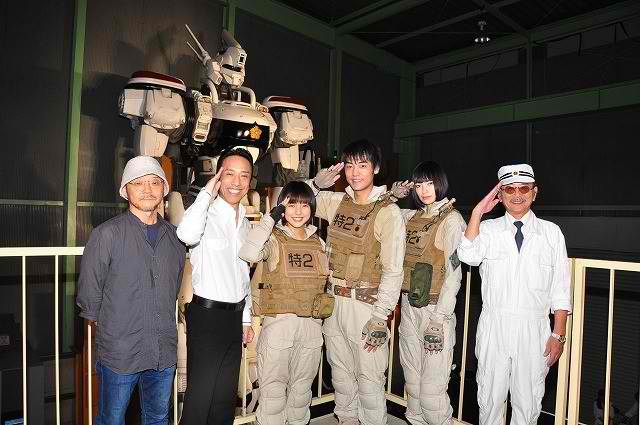 A press conference was held to announce details of the live-action adaptation of Headgear’s Patlabor anime and manga franchise. The Next Generation: Patlabor will consist of a 7-chapter event to be screened theatrically in 2014 and will be followed by a 2015 live-action movie directed by Mamoru Oshii.

As the title suggests, the live-action project will revolve around a new generation of characters in order to differentiate itself from the original. Former pop idol Erina Mano will play the lead character, Akira Izumino, in an all new story set in Tokyo in 2013—with Section 2 Division 1 police robots having been disbanded and Section 2 Division 2 barely surviving after deep budget cuts. Her co-stars include Seiji Fukushi as Yuma Shiobara, Lina Ohta as Ekaterina Krachevna Kankaeva (Kasha), Shigeru Chiba as maintenance squad chief Shigeo Shiba, and Toshio Kakei as Captain Keiji Gotoda.

Director Oshii joined the cast at the event at a warehouse in Kashiwa, Chiba Prefecture—which will serve as the set of Division 2’s headquarters—against the backdrop of an 8-meter tall Ingram robot. 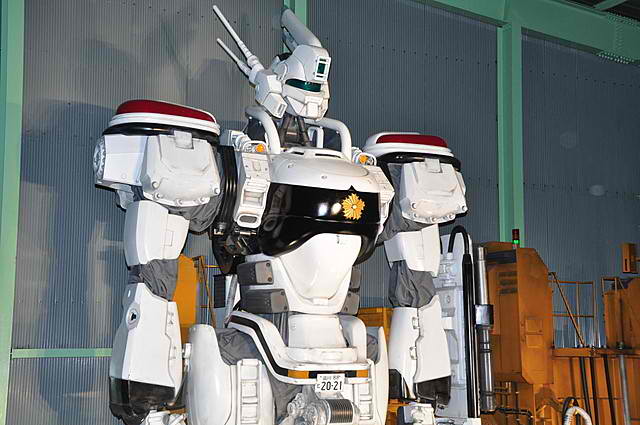 The 7-chapter series will be distributed in theaters by Shochiku from April 2014. It consists of a 10-minute “episode 0” and 12 additional 48-minute episodes. Oshii will write and direct the 2015 film, which has yet to be titled. According to Oshii, the series will have a feeling of slapstick and carefree fun, while the film will have a much more serious tone.

All music will be handled by composer Kenji Kawai.

The total production cost is 2 billion yen (about $20 million USD). Out of that, two life-sized robots were built at the cost of several 10s of millions of yen. Filming will take about 4 months and will wrap at the end of December.